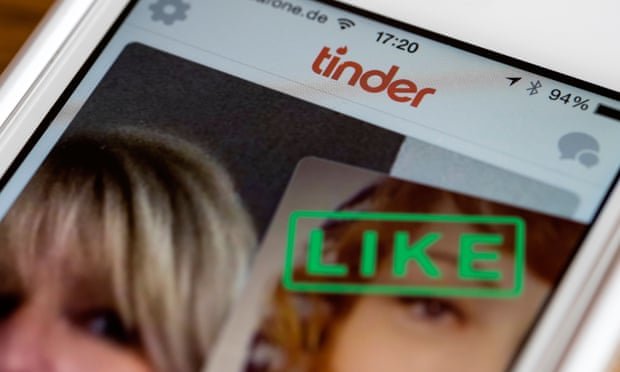 Violent men are to blame, not Tinder. But online dating comes with risk

After the horrific murder of Grace Millane, it’s worth reflecting on safety measures for dating

Women, please never feel that you have to be “cool” about dating strangers you meet online.

When caught, he tried to plead the sinister, increasingly popular, “rough sex gone wrong” defence. (The detective inspector in the case said: “Strangling someone for five to 10 minutes until they die is not rough sex”.) It might seem almost incidental that Millane met her killer online. Maybe it is, maybe not.

Online dating sites have been around for too long for the genie to be put back into the bottle. Nor is it necessary, but do we all need to wake up, just in terms of safety? This isn’t about victim-blaming – only one person was responsible for Millane’s death. Nor is it about morality – I couldn’t care less who people sleep with or how long they’ve known them. This is about women deserving to be safe and how the online dating model fails them, not least by putting a covert pressure on them to casually put themselves at risk.

It could be said that much of the no-strings, arguably male-centric online hooking-up model fails anyone who’s looking for a relationship. But, for now, let’s focus purely on safety. Online dating has effectively normalised risk for women. Chatting online produces a mirage of familiarity where normal rules become blurred, making it easy for people to forget that, when they meet, they’re on a blind date.

Of course, any kind of dating is risky – life is risky – but when it comes to one on one, alone in a room, a woman would usually be physically weaker than a man and therefore less able to fend off an attack. It doesn’t mean that men aren’t sometimes vulnerable, rather that women are nearly always vulnerable – they’re always taking a chance.

However casual the encounter, women need to protect themselves, not just by initially meeting in a public place, but also by listing their locations all the way through and perhaps taking a photo of themselves with their date and storing it online. Don’t apologise, just do it, be upfront and “uncool” about it. If someone doesn’t like it, or calls you paranoid or weird, get out of there.

Men need to start appreciating the huge risks women take with online dating or at least stop diminishing them. Sorry if this comes across as mumsy or prescriptive, but cases like this haunt me; devastated families like the Millanes break me. While there’s nothing wrong with casual sex, don’t be casual about safety.

It must be refreshing for a celebrity to get a freebie that’s useful in an ordinary, delicious way. Rapper Stormzy can’t move for accolades but now that he’s the first person to receive the Greggs concierge black card, he can order “whatever he wants, wherever, whenever”. Posting a film of the invitation and card on social media, Stormzy wrote: “I have peaked, this is brilliant.” Quite. It would appear that the vegan sausage rolls are on Stormzy. Forever. Well done, Greggs – another triumph.

The concierge scheme is by invitation only and similar to the Nando’s card, which allows celebrities to take up to five guests to restaurants free. It seems to be in response to Stormzy previously professing himself to be a Greggs fan, while moaning that they wouldn’t deliver. Delivery problem solved, though only for Stormzy.

For health reasons (finger wag!), people shouldn’t eat Greggs all the time, but I’m sure Stormzy wouldn’t do that anyway. Otherwise, while this story is about the successful interlocking of brands – high street and streetwise – it goes beyond thatthan that. One reason why I like Stormzy is that he surrounds himself with genuine good friends and insists they’re treated with respect, to the point where he once walked out of a festival when he felt his friends had received racist treatment. I like the thought of him and his crew fancying a Greggs and Stormzy pulling out the concierge card.

In Stormzy’s position, the bombardment of freebies must be brilliant but, just occasionally, exhausting? When you hear about the Oscars’ gift bags, with vouchers for plastic surgery clinics, it could even seem full-on depressing. The Greggs card sorts out a quick bite for Stormzy and his friends – sometimes, what could be sweeter?

Bloom won’t be the last to suffer a tattoo bloomer

Actor Orlando Bloom has had to revise a tattoo – instead of spelling out his son’s name Flynn in morse code, it ended up as Frynn. A dot was missing and Bloom dealt with the mistake with humour: “Finally dot it right.”

It’s sweet that Bloom wishes to do this for his son, but also… why? It reminds me of people going to places such as Goa, getting carried away and returning with weird scrawling over their limbs. Often, it’s some meaningful quote in Sanskrit, or so they hope. It could easily be “leave my country, irritating tourist” in fluent Konkani.

Bloom isn’t the only celebrity to suffer an ink disaster: Ariana Grande wanted her 7 Rings lyrics written in Japanese on her arm and ended up with “small charcoal grill”. Generally, isn’t an illustration less risky?

Even if the writing is accurate, who wants to live their entire life by something they believed on a youthful beach holiday while wearing braided ankle bracelets and harem pants? In these meme-infested times, what inscription has any hope of remaining meaningful and not lumped in with all that yoga-hippy “believe in yourself” drivel on social media?

The moral of the tale seems to be: if you must get a dodgy tat, get an image.