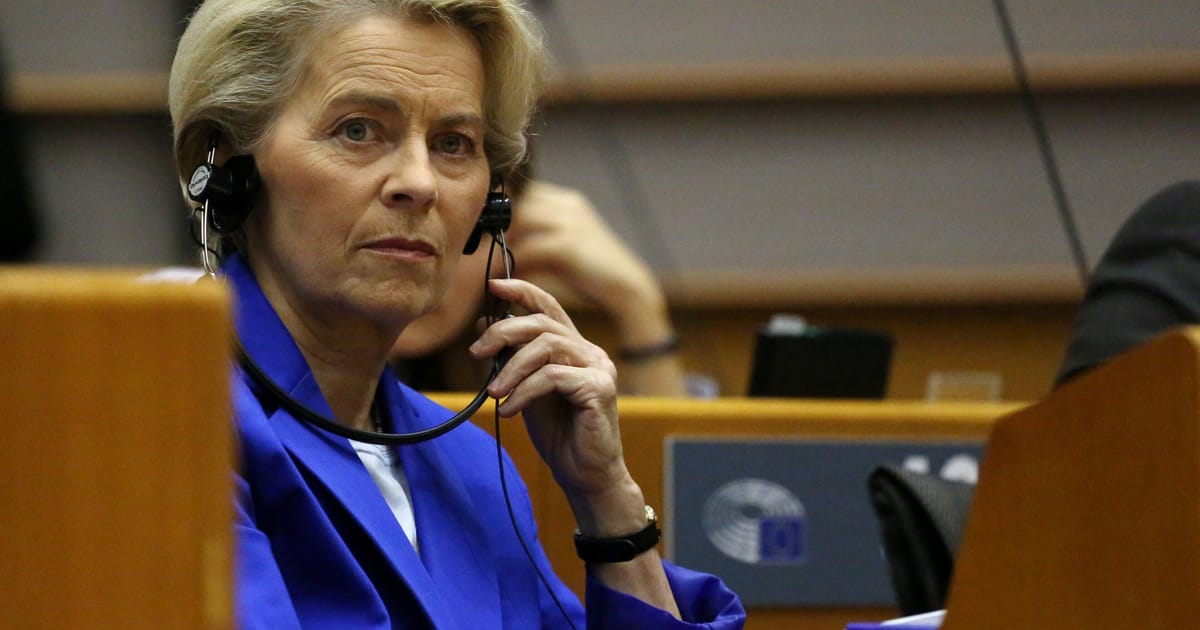 ‘What was promised? We would really like to know,’ said one Belgian official.
Top EU health officials are calling for greater transparency into the bloc’s largest contract for COVID vaccines — one that European Commission President Ursula von der Leyen took a personal role in negotiating.

“What was promised? We would really like to know,” said Pierre Cartuyvels, deputy permanent representative for Belgium, about the multibillion-euro contract with BioNTech/Pfizer, during a meeting of EU health officials in Brussels on Friday.

It was a point picked up by Irish Health Minister Stephen Donnelly, who said that the lack of transparency around the contract negotiations could provide “fuel for misrepresentation,” even if the result is “demonstrably prudent and justified.”

The deal in question, for up to 1.8 billion doses of the BioNTech/Pfizer vaccine, has already come under intense scrutiny. Earlier this year, a European Court of Auditors report noted the Commission’s refusal to release any details about von der Leyen’s role in its negotiations. In April 2021, the New York Times reported that the Commission chief exchanged text messages with Albert Bourla, the chief executive officer of Pfizer, in the run-up to the deal.

The EU’s COVID vaccine purchases are also under investigation by the European Public Prosecutor’s Office, though it has not yet specified who is being investigated or which of the EU’s vaccine contracts are under scrutiny.