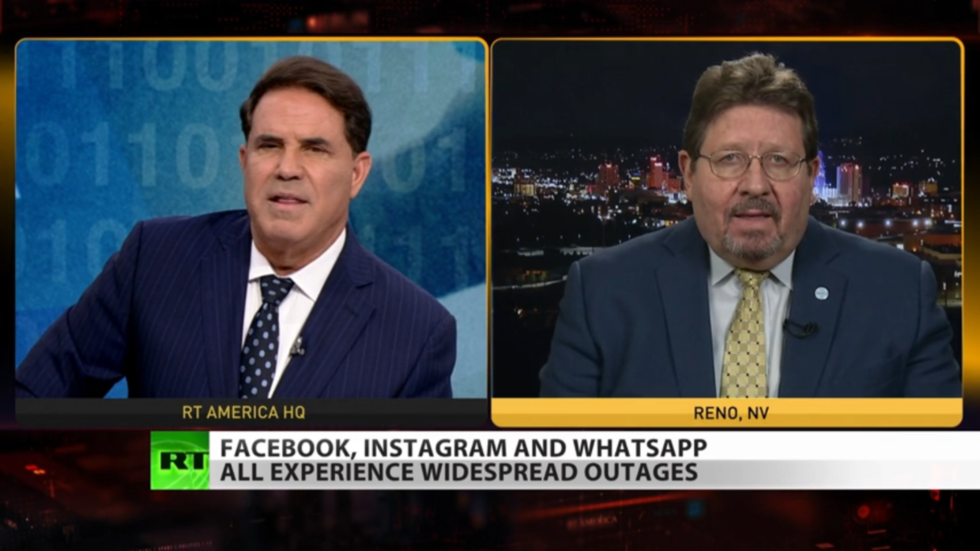 Their parent company has been under extra-harsh scrutiny lately, between its own research discovering the toxic effect of Instagram on the self-esteem of teen girls and new revelations, thanks to whistleblower and former Facebook employee Frances Haugen, that Facebook knowingly stokes public anger for the sake of profit. The sites didn’t begin to restore to life until seven hours later. RT America’s John Huddy has the details. Then Todd Shipley of Vere Software shares his expertise. Then Tyrel Ventura, host of “Watching the Hawks,” and legal and media analyst Lionel of Lionel Media share their insights.

More than fifty Chinese aircraft came near Taiwan while a UK aircraft carrier entered the vicinity. Carl Zha of Silk & Steel podcast shares his insights. He points out that Taiwan’s Air Defence Identification Zone (ADIZ) shouldn’t be confused with a country’s actual airspace and that Taiwan’s ADIZ is unreasonable by any standard and argues that Taiwan was deliberately creating the appearance of a threat from Beijing for the sake of optics.

Three years after the murder of US journalist Jamal Khashoggi, little has been done to bring senior Saudi leaders such as Crown Prince Mohammad Bin Salman (MLB), widely believed to have been involved in plotting Khasoggi’s death, to justice. Meanwhile, recent reports allege that the CIA was planning to assassinate WikiLeaks co-founder Julian Assange provides some context for US reluctance to hold Saudi Arabia to account.

Charges have been filed against an incensed Oregon man who shot an unarmed Black man for "complimenting" his girlfriend. Journalist Ashlee Banks joins with the details.