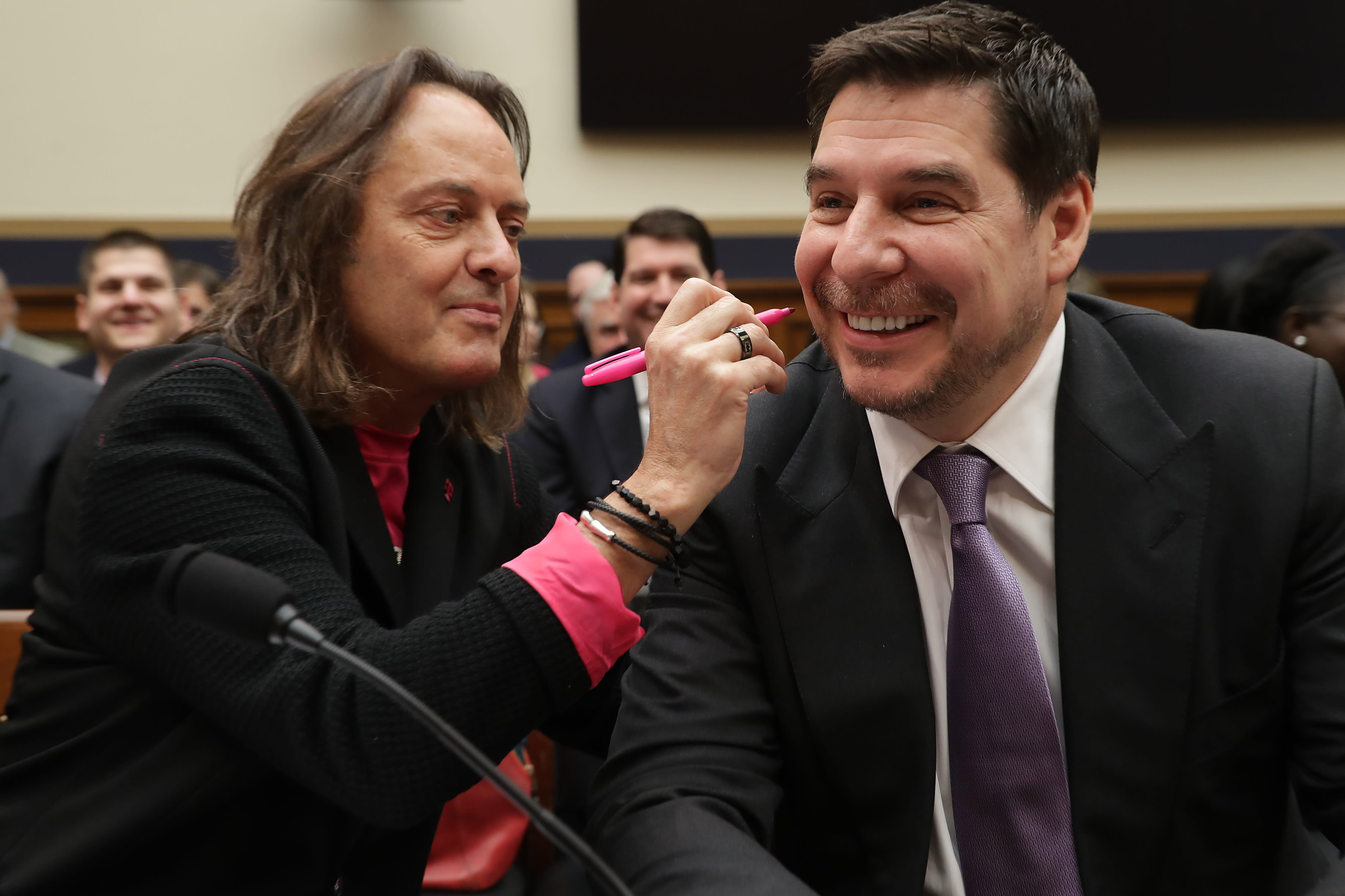 T-Mobile CEO John Legere is in talks to be the new CEO of WeWork, sources told CNBC’s David Faber on Monday. Marcelo Claure, WeWork’s executive chairman, is searching for a new CEO after SoftBank took control of the coworking company last month. Claure and Legere have a long history, first as fiery telecom competitors and then as merger partners.

Step one of his fix was to name Marcelo Claure, SoftBank’s operating chief, to be WeWork’s executive chairman. Claure is in charge of hiring a new CEO and has begun talks with T-Mobile CEO John Legere on taking the job, sources told CNBC on Monday.

SoftBank has an $18 billion-plus investment to protect in a company that’s now valued at a fraction of that amount, following the Japanese conglomerate’s bailout financing of WeWork last month. With that much at stake, and given the laundry list of problems that accumulated under Neumann’s leadership, you’d think the last type of person Claure would pursue is a “con artist.”

Yet, that’s exactly what he tweeted about Legere in 2016, when T-Mobile and Sprint were heated rivals in wireless. Claure was CEO of Sprint at the time.

Claure and Legere have quite a history of insulting each other on Twitter, a spat CNBC covered in 2018 as the longtime competitors were preparing to merge. Legere has often been the attacker, going after Sprint’s struggling business.

But Claure has clapped back at Legere, in particular calling out T-Mobile’s “uncarrier” moniker.

That prompted some trolling action from Legere.

Those tweets were all published before Sprint and T-Mobile engaged in the merger discussions that culminated in a deal announced last year, though it’s still being challenged by a number of state attorneys general who are concerned the combination will hurt competition.

Now, the two executives are on the same wireless team, and Legere is among several candidates being considered for the top WeWork job.

The more friendly nature of their current relationship has also made its way to Twitter. When Claure announced the arrival of his new baby girl last year, Legere was there for him.