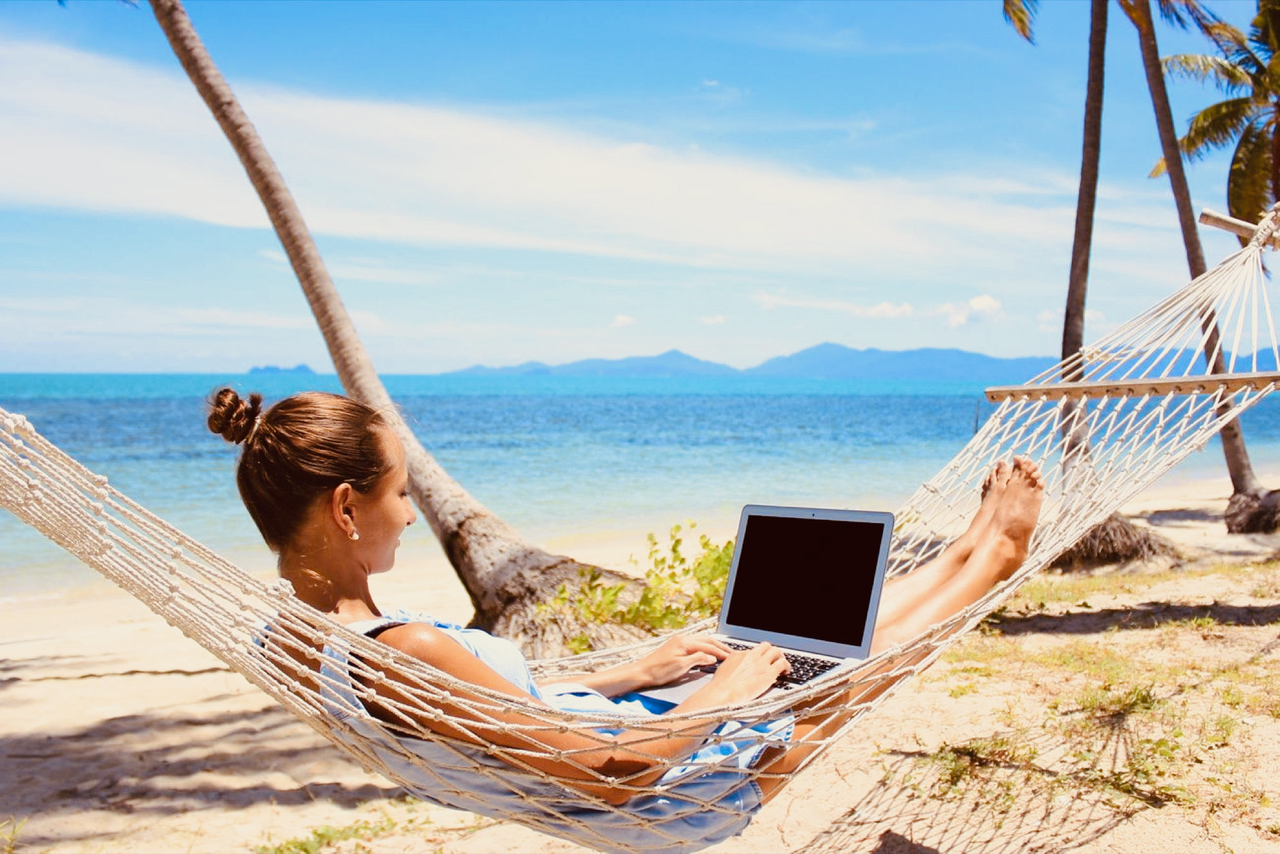 Like birds migrating south for the winter, a new species is packing up for the great trek: Work-from-homers looking for a sunny beach idyll with a good Wi-Fi connection.
“Digital nomads,” once a label applied to iPhone-toting millennials traveling the globe, are now an entire aspirational white-collar class to themselves. Working from home is one level of privilege, but being able to do so while escaping coronavirus lockdowns is another one entirely. One British engineer captured it perfectly from a rented windmill conversion in Portugal saying, “I forgot there was a pandemic.”

Countries of a sunny disposition, from tax havens to tourist traps, are competing hard to attract this new workforce aristocracy. For the princely sum of $2,000, you too can buy a Barbados “Welcome Stamp” to work remotely for a year on an island deemed a tax haven by the European Union. The Cayman Islands’ version, for people earning at least $100,000 a year, requires an upfront deposit of $1,469 in return for a two-year remote-work visa.

Even Greece is getting in on the act, targeting potential expats by talking up its track record fighting Covid-19, its climate and its tax incentives for workers who want to move there full-time. While similar to other European countries’ post-Brexit push to attract talent from abroad, Athens is especially keen to tap into the aspiration of work-from-the-beach. A top economic adviser waxed lyrical about the new utopia of remote work in comments to Bloomberg: “Technology means we can now choose where we live and work.”

The reality, though, is that the dream of the digital wanderer will soon hit some uncomfortable truths.

First of all, being an “Anywhere,” rather than a “Somewhere,” as David Goodhart termed the tribes of today’s populist times, is getting harder. Immigration restrictions were rising even before the pandemic, as seen in the Brexit backlash against free movement in the U.K. With the virus, we’re seeing travel bans extended in places like China. Nomads will find it tough to keep hopping back and forth between destinations with different health priorities, especially in a more epidemically conscious world.

Second, given the scale of the coronavirus-driven recession, which has blown a massive hole in government finances, those privileged enough to be able to duck out of the rat race will be in the firing line of tax authorities.

Bankers who fled New York City for the Hamptons earlier this year became a punching bag for politicians supporting a wealth tax, while those who escaped the City of London for destinations like St. Tropez were told to come back or face a change to their residency status. The U.K.’s tax authority has warned that any claim of “extraordinary circumstances” in terms of physical location would need to be justified and couldn’t exceed 60 days.


The current mood resembles the aftermath of the 2008 financial crisis, when countries competed to attract deep-pocketed investors but also sought to close tax loopholes and force foreign jurisdictions to divulge more information. This time around, citizens will be even more fired up than before about tax justice. Sophie Lemaitre of the U4 Anti-Corruption Resource Centre points out that the money lost from tax evasion exceeds national health budgets. Some countries have blocked firms registered in tax havens from tapping bailout funds.

Everything will be in the firing line — the cushy “golden passport” programs, aggressive international tax planning by tech companies such as Amazon.com Inc. and Google parent Alphabet Inc. and the digital nomads themselves. A recent proposal to tax remote workers to pay to rebuild the economy speaks to that frustration. While indiscriminately squeezing work-from-homers who are trying to make ends meet is unfair and would encounter resistance, turning the screw on tech companies and international tax evasion is popular and would make the nomadic life harder. As big government gets bigger, post-Covid Leviathans will be in no mood to let free riders take advantage of internet and mobile infrastructure without giving back.

Digital nomads certainly look fortunate right now, but societies scarred by Covid-19 will want them to lay down roots eventually. If you see such a wanderer on your travels, it would be wise to wait and see what their return journey is like before following.
#COVID-19  #Covid  #Coronavirus