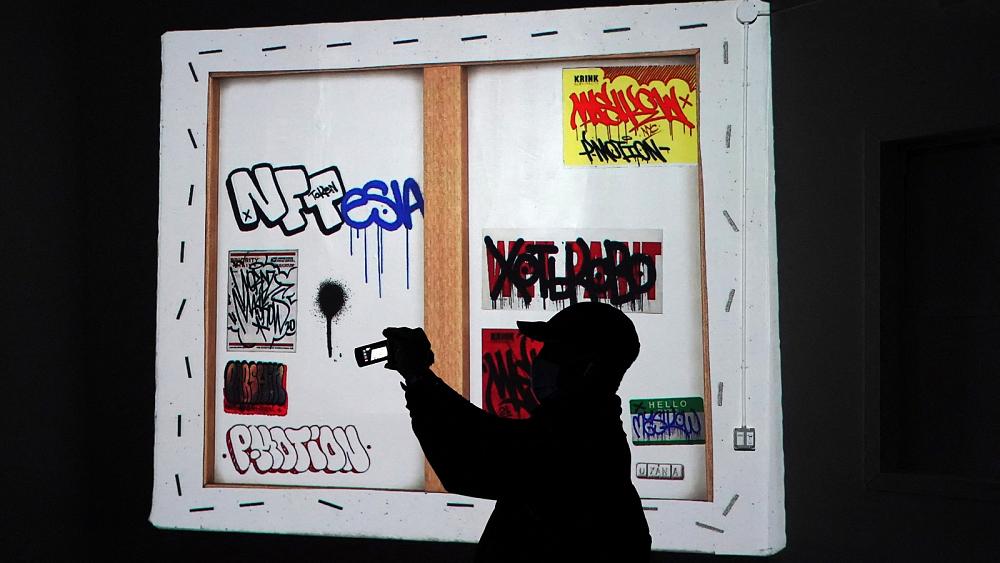 What are NFTs and why are they suddenly so popular?

Non-fungible tokens (NFTs) are the latest cryptocurrency phenomenon to go mainstream. What are they and why are they becoming so popular with artists?

Blockchain, a relatively new technology, is already revolutionising many aspects of our lives such as healthcare and the economy. But there is always a heightened level of excitement when new ground is broken.

Enter the NFT. Underpinned by blockchain, this form of cryptocurrency is using technology to catalogue, buy and sell digital collectibles, including art, music, video games and more.

The aim is to recalibrate and redefine the value of our culture. And this is just beginning to happen with something called non-fungible tokens, or NFTs.

What is an NFT?

NFTs are a form of cryptocurrency like Bitcoin, only instead of holding money, they contain assets like art and music.

A fungible token is an asset that can be exchanged on a one-for-one basis. Much like fiat currencies such as dollars or cryptos like Bitcoin, each one has the exact same value and can be traded freely.

A non-fungible object, by contrast, has its own distinct value, like an old house or a classic car. Cross this notion with blockchain, the technology which underpins cryptocurrencies, and you get NFTs.

These are effectively digital certificates of authenticity that can be attached to digital art or, well, pretty much anything else that comes in digital form; audio files, video clips, animated stickers, or even this article.

NFTs confirm an item's ownership by recording the details in a digital ledger known as a blockchain, which is public and stored on computers across the internet, making it effectively impossible to lose or destroy.

At the moment, these tokens are white-hot in the collecting world, where they are being used to solve a problem central to digital collectibles: how to reclaim the value and ownership of something that can be easily and endlessly duplicated. 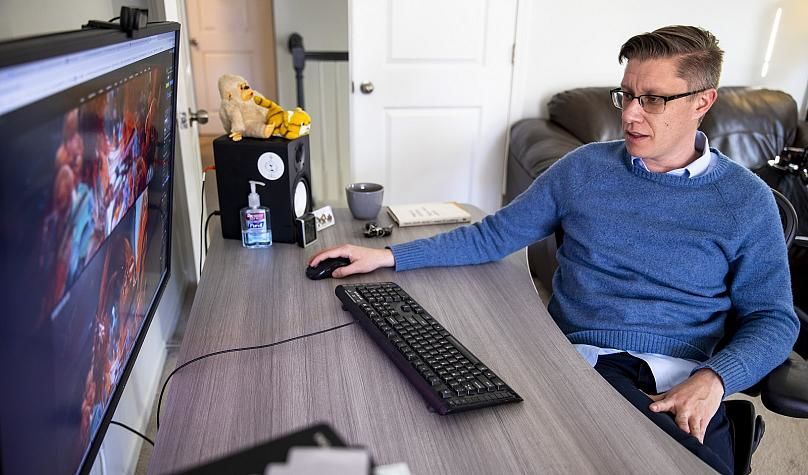 Mike Winkelmann, aka Beeple, shows off his digital art process in his home studio.

But can’t you just copy something off the internet?

You can take a photo of the Mona Lisa in the Louvre or buy a print from the museum gift shop but that doesn't mean you own the original artwork. The same can be said of modern art forms like digital art which can be downloaded from the internet and printed.

One purpose of NFTs is that they can be used to trace an object's digital provenance, allowing a select few to prove ownership. Broadly speaking, it's a way to create scarcity - albeit artificial - so that you can sell something for higher prices thanks to its scarcity.

Some NFT issuers give full copyrights to the buyer, though others do not.

Who is using NFTs?

Beeple, a conceptual 3D artist whose real name is Mike Winkelman, became the third wealthiest living artist after an NFT containing his work sold for $69.3 million (€58.9 million) at auction in March, smashing all records for previous NFT sales.

Last month, Kings of Leon became the first band to issue NFTs. They are selling three different tokens: one with their new album, another with live show perks like front row tickets for life, while a third contains exclusive audiovisual art.

Clips of NBA star LeBron James dunking are selling for as much as $225,000 (€213,000). Actress Lindsey Lohan sold an image of her face. You can also buy virtual land in video games, or meme characters like Nyan Cat.

According to digital artist Anne Spalter, who was initially a sceptic but has now sold her own art as tokens, NFTs "have opened up art to a whole bunch of people who never would have gone to a gallery".