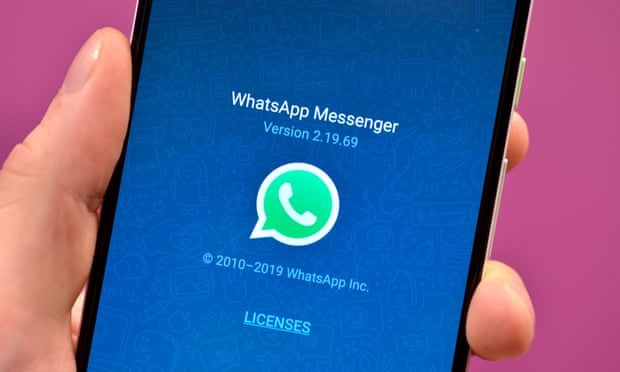 At that point, the screen asking users to accept the terms of service set by Facebook, WhatsApp’s parent company, will become permanent, with users needing to click through to directly use WhatsApp at all. Users will still be able to interact with the app in other ways for “a few weeks”, however, such as receiving calls, replying to messages, or responding to missed calls.

“After a few weeks of limited functionality, you won’t be able to receive incoming calls or notifications and WhatsApp will stop sending messages and calls to your phone,” the company said. At that point, users will have to choose: either they accept the new terms, or they are in effect prevented from using WhatsApp at all.

That softer approach is unusual for Facebook, which historically has enforced new terms of service by putting an unskippable consent screen up on day one. It comes after a backlash from WhatsApp users in January, when the company first tried to update its terms of service.

Millions of users downloaded alternative apps such as Signal and Telegram after WhatsApp announced that the new terms would come into effect on 8 February. Viral messages spread on the chat app itself, with some wrongly claiming that the new agreement would give WhatsApp the right to read users’ messages and hand the information over to Facebook.

WhatsApp was forced to delay the update, and roll out a publicity campaign explaining that the new agreement was simply focused on a new set of features letting users message businesses on the app. “There are no changes to our data sharing with Facebook anywhere in the world,” Niamh Sweeney, WhatsApp’s director of public policy for Europe, the Middle East and Africa, told the home affairs committee earlier this year.

In Germany, Hamburg’s privacy authority has issued a three-month emergency ban on the new terms coming into effect, arguing that they are opaque, inconsistent and overly broad. Facebook said the ban was “based on a fundamental misunderstanding” of the update.
#Facebook