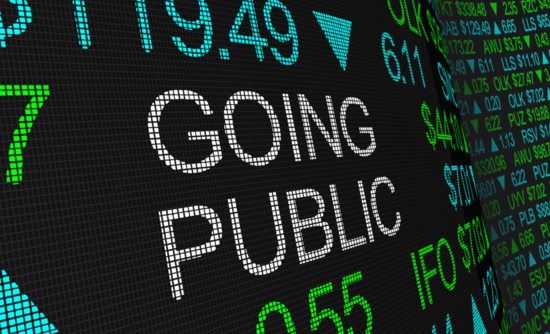 The IPOs of 2019 like Uber UBER, Lyft LYFT, and Levi Strauss LEVI may not be out of the woods yet. The unicorn craze has crashed hard after many of this year’s market debuts have struggled to make any gains thus far. Highly anticipated IPOs like ridesharing companies Lyft and Uber are down 51.9% and 30.4%, respectively.

Furthermore, IPO filing mishaps like WeWork, who unraveled before their public offering, have made investors wary about the so called “unicorns” of 2019. As these struggling stocks continue through the end of their first calendar year, they inch closer to the end of lock-up periods as well, which could send stock prices downwards.

Lock-up periods are expiring for this year’s IPO class, which analysts say could introduce a new layer of pressure for young companies. Founders, employees, and some early private investors who bought in before a company goes public are usually restricted from selling for between 90 and 180 days. Uber, Pinterest PINS, and others are approaching that expiration date between mid-October and the end of the year.

The Bear Traps Report says roughly $31 billion worth of public company shares are unlocking from now until the end of this year. A sell off frenzy would be detrimental to the already struggling young companies and could also discourage other private companies from going public. If the early investors decide to sell simultaneously around the end of the lock-up period, then they would flood the market with shares, which would in turn weigh on stock prices.

DataTrek’s Nick Colas commented, “Venture capitalists are going to sell into lock ups because they have a huge investment in the assets and because their cost basis is so low — they still have a big gain even if the IPO hasn’t performed.” Essentially, venture capitalists just want to get their money back and move on to the next thing.

IPOs also face pressure from the employees who hold stock options, as they might hold a majority of their personal wealth in stock which would motivate them to sell. These IPOs who were valued as the next big thing by the private markets came under speculation once public market analysts did their due diligence. This was the case for WeWork as well as Uber who saw its shares fall over 7% in its market debut.

Is There Any Light at the End of the Tunnel?

Not all of this year’s IPOs have gone awry. Pinterest, Datadog DDOG, and Beyond Meat BYND have all made solid gains since their respective IPOs. One way companies are trying to avoid the lock-up issue is through direct listings.

Bill Gurley, partner at venture firm Benchmark, gathered hundreds of CEOs, CFOs, venture capitalists, and fund managers to an invite only event called “Direct Listings: A Simpler and Superior Alternative to the IPO.” This alternative allows buyers and sellers to meet up on the first day of trading and avoid the lock-in periods.

There were a lot of different factors that contributed to the less than spectacular performance from the IPO class of 2019. Macroeconomic uncertainty has forced investors to look for safe haven stocks rather than bet on startups who have yet to prove not only their profitability but durability as well.

The uncertainty surrounding whether or not these early investors will sell or keep their shares causes further volatility. Supporters of the direct listing method believe that the alternative helps a company find its financial equilibrium faster and avoids sell off frenzies that accompany uncertainty.

Airbnb, who is set to go public as soon as the first half of 2020, might do so via direct listing, which can potentially help the company find its footing in the public market. The potential emergence of direct listings could spell bad news for banks, as they collect hefty fees from companies for underwriting IPOs. However, time will tell how private market companies choose to conduct their public listings.

Each was hand-picked by a Zacks expert as the #1 favorite stock to gain +100% or more in 2020. Each comes from a different sector and has unique qualities and catalysts that could fuel exceptional growth.

Most of the stocks in this report are flying under Wall Street radar, which provides a great opportunity to get in on the ground floor.