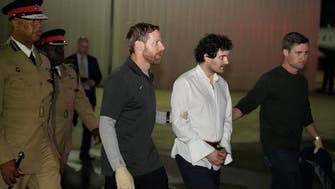 Who were the key figures at Sam Bankman-Fried’s FTX?

FTX founder and former Chief Executive Sam Bankman-Fried, who faces US fraud charges over the collapse of FTX, ran his crypto empire with a number of associates.
Two of those are cooperating with federal prosecutors.

Here’s a who’s who of one-time top officials at Bankman-Fried’s crypto empire:

Caroline Ellison, former CEO of Alameda Research, pleaded guilty to defrauding investors in FTX and is cooperating with investigators, according to a prosecutors’ statement on Wednesday.

Ellison, 28, grew up in Massachusetts, where both of her parents are economics professors at the Massachusetts Institute of Technology.

She began her career at quantitative trading firm Jane Street after graduating from Stanford University with a degree in mathematics in 2016, she said on a now-offline FTX podcast from July 2020. About a year and a half into that role, Ellison met Bankman-Fried for coffee while visiting the Bay Area, where he first told her about Alameda Research, according to the podcast.

She joined the firm as a trader in 2018 and became co-CEO with Sam Trabucco in October 2021, later becoming the company’s sole CEO.

In a Dec. 1 Twitter Spaces event, Bankman-Fried acknowledged that he and Ellison had “been together for a while,” but declined to give more details.

Ellison has said she believes in effective altruism, a philanthropic movement popular among Silicon Valley executives.

Ellison did not respond to phone calls or an emailed request for comment.

Gary Wang co-founded FTX and Alameda Research with Bankman-Fried, and served as FTX’s chief technology officer. He and Bankman-Fried met at a math camp in high school and became college roommates, Bankman-Fried wrote in a now-unavailable FTX blog.

Wang worked as a software engineer at Google before co-founding FTX and Alameda, according to an archived webpage for the FTX Future Fund, the company’s charitable effort.

In April, Forbes estimated his net worth at $5.9 billion.

“Gary has accepted responsibility for his actions and takes seriously his obligations as a cooperating witness,” Ilan Graff, a lawyer for Wang, said in a statement on Wednesday. Graff declined to comment further on Thursday.

Nishad Singh was a best friend of Bankman-Fried’s brother in high school, Bankman-Fried wrote in the deleted blog post. After working for a period at Alameda Research, Singh became FTX’s director of engineering in 2019, according to CNBC.

Singh contributed more than $8 million to political campaigns in the 2022 election cycle, all to Democrats, according to OpenSecrets.

He did not respond to an emailed request for comment.

Sam Trabucco, the former co-CEO of Alameda Research who stepped down in August but remained as an advisor, met Bankman-Fried in 2010 at a five-week math camp at Mount Holyoke College, according to Insider.

Trabucco graduated from MIT in 2015 with a degree in math and computer science, according to an internet archive of Alameda’s website. Before joining Alameda, he worked as a trader at Susquehanna International Group’s bond ETF desk.

Friedberg is a lawyer who also served as the legal counsel for both FTX and Alameda at times.

He did not respond to an emailed request for comment.

Ryan Salame, the co-CEO of FTX’s Bahamian subsidiary, worked for Ernst & Young and Circle Internet Financial before joining FTX Digital Markets in 2021, according to a profile on the University of Massachusetts Amherst’s website, where he established a scholarship fund.

Salame was one of the top political donors in the 2022 election cycle donating more than $23 million to Republican campaigns, according to OpenSecrets.

Days before FTX filed for bankruptcy and Bankman-Fried stepped down as CEO, Salame informed the Securities Commission of the Bahamas that client assets held at FTX Digital Markets may have been transferred to Alameda, according to a court filing Wednesday by the agency.

Salame did not respond to a phone call or a LinkedIn message requesting comment.