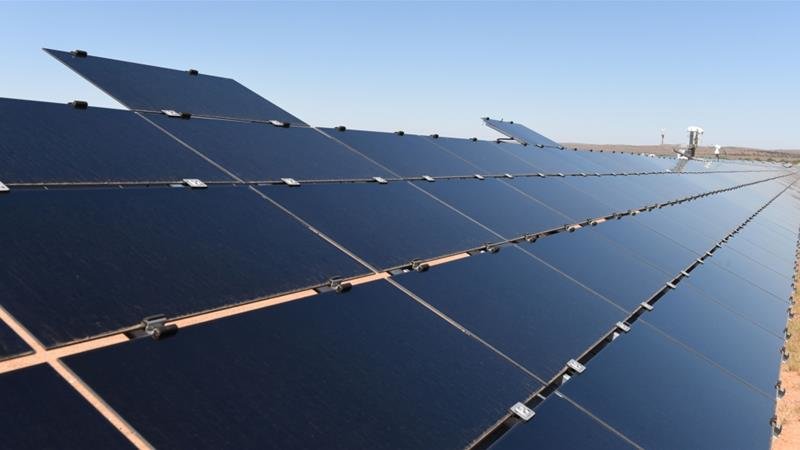 The large numbers of household solar panels are reducing demand for power from utility-scale renewable-energy producers.
With its sunny skies and plenty of available land, it’s not hard to see why large-scale solar projects were drawn to Australia.

Yet a rush of household installations has started to play havoc with the economics of those sprawling facilities. Combine that with the struggle shared by grids around the world as they move from round-the-clock power generation to more volatile renewable sources, and the outlook for large-scale solar in Australia looks less rosy.

About one in every four homes in the nation of almost 25 million now has solar panels and that number continues to rise, increasing power supply and lowering consumption from the grid during the middle of the day, when the sun is at its strongest. It has even forced some utility-scale solar plants to shut down during their peak production times or risk having to pay the grid to take the electricity they produce.

“Rooftop solar is an ever-growing risk for its large-scale counterpart,” said Lara Panjkov, an analyst at BloombergNEF in Sydney. “When rooftop solar operates, it reduces grid demand and suppresses wholesale electricity prices.”

BloombergNEF projects a sharp fall in income for large-scale solar in the next two to three years. The average price that plants receive in Victoria state, a market which includes the nation’s second-biggest city Melbourne, could drop as low as A$41 per megawatt-hour in 2022, from around A$140 so far this year.

The government’s subsidy regime also puts big solar developers at a disadvantage, according to Kim Nguyen, head of Australia operations at renewables investor Foresight Group. Incentives for off-grid solar can still cover 30% to 40% of their total cost, although they are being progressively scaled back. Support from the government’s large-scale generation certificates typically amounts to less than 5% of a project’s capital cost, Nguyen said.

Innogy SE, which is building the country’s biggest solar farm to date, is looking at potential solar investments “with more conservative assumptions than a year or two ago,” said Matthew Dickie, the regulations manager at the major German utility’s Australian unit.

One area where he’s looking for change is in the calculation of transmission losses. Under the current system, marginal loss factors -- a measure of how much electricity is lost over power lines -- are assessed by the market operator and have hit solar plants in remote locations particularly hard. Several industry players, including Innogy, are pushing for those losses to be calculated on an average basis across the entire network.

“Despite the room for policy improvement, Australia does have a lot of constants which make it still worthy of investigation, such as great solar and wind resource, a relatively low population density, a strong economy and robust rule of law,” Dickie said.

The growing headwinds faced by big solar have contributed to a drop off in renewables investment growth this year. Investment in new large-scale solar in Australia has trailed off this year but still totals about $7.9 billion since 2015, BloombergNEF data show. Approximately $8.3 billion was spent on rooftop solar in Australia in the period, according to BNEF estimates.

“For so many reasons, the boom in utility-scale solar has gone,” said Stephen Panizza, head of renewables at Sydney-based Federation Asset Management.

It won’t make sense to invest in large-scale solar until it becomes economical to add as much as 6 hours of battery storage, the level at which solar would be able to continue supplying the grid well into the peak evening demand period, Panizza said. That’s still a few years away and, in the meantime, there is more growth potential in wind power in Australia, he said.

Foresight’s Nguyen is not as pessimistic. She remains open to investing in big solar projects, pointing out that it still has advantages over rooftop. Large-scale facilities are more reliable -- they are maintained with much more rigor and attention than your average rooftop panel -- and more flexible, being able to switch on and off rapidly in response to price signals. It’s also more economical to add battery storage to a large solar plant than to each individual household.

There’s little doubt that Australia needs to add substantial renewable generation capacity in the years ahead as aging coal fired plants retire -- the market operator’s latest long-term plan said that more than 30 gigawatts of large-scale clean energy projects would be needed by 2040. Still, with more than 2 gigawatts of solar projects commissioned over the next three years, there are concerns in the industry that some will face significant financial stress.

Marginal loss factors, grid issues and network penalties “are already hurting utility-scale solar owners’ revenue models,” said Panjkov. “Most of these issues are likely to get worse before they get better.”