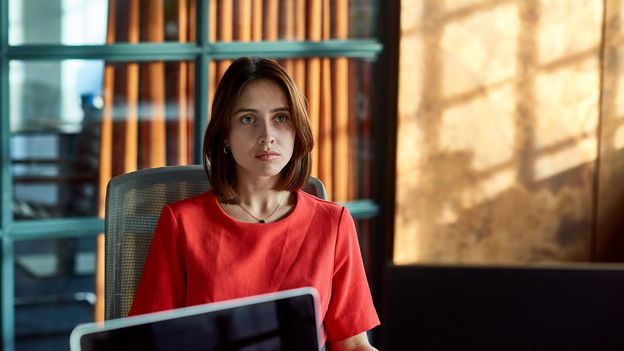 Why overthinkers struggle with remote work

Communicating remotely is hard, with far more room for ambiguity. That’s why some overthinkers are struggling.

Anyone can suffer under the isolation of remote work – even for the least social people, spending workdays with only a webcam or messaging platform to contact people they once saw all the time can eventually take a toll. But this isolation can be particularly hard on one type of worker: the ‘overthinker’. These are individuals who tend to over-analyse events around and pertaining to them, and need reassurance that everything is OK.

Overthinking can happen in any environment that allows room for uncertainty, such as within social relationships or the workplace. But experts say remote work can make overthinking tendencies worse, because the lack of face-to-face communication among colleagues increases ambiguity and uncertainty – factors that can trigger overthinking spirals. (What did that one-line email mean? Am I getting fired during that afternoon Zoom?)

There are steps individuals can take to stave off these intrusive thoughts. But it's also up to managers to communicate better, so workers know how they’re doing – and aren’t left alone to wonder.

In one sense, being an overthinker can be a good thing. "Overthinkers tend to be super conscientious people, they tend to be highly responsible individuals and they tend to be a little perfectionistic," says Craig Sawchuk, psychologist at the Mayo Clinic, one of the largest medical-research organisations in the US. "They care about their work, and really want to do well." They also tend to be "highly emotionally attuned”, says Jeffrey Sanchez-Burks, behavioural scientist at the Ross School of Business, University of Michigan, US.

That's why overthinkers can be a boon to the workplace. They're diligent, hard-working and aware of others' feelings; since they spend so much time thinking about their performance and where they stand with people, they can be engaged and dedicated team members. "That is a real strength," says Sawchuk.

But once anxiety takes hold, those strengths can become weaknesses (and rumination specifically can even lead to detrimental effects on mental and physical health, studies show).

Sawchuk says that when overthinkers start to worry, they tend to take one of two paths: they either disengage from the situation, or over-engage and constantly seek reassurance that their fear is unfounded. Overthinkers "are very much 'need-to-know' kind of people", and when they’re worried about something or feel that a situation is unclear, desire 100% confirmation that everything is OK. "The biggest source of gasoline that anxiety kind of feeds off of is this uncertainty," he says. 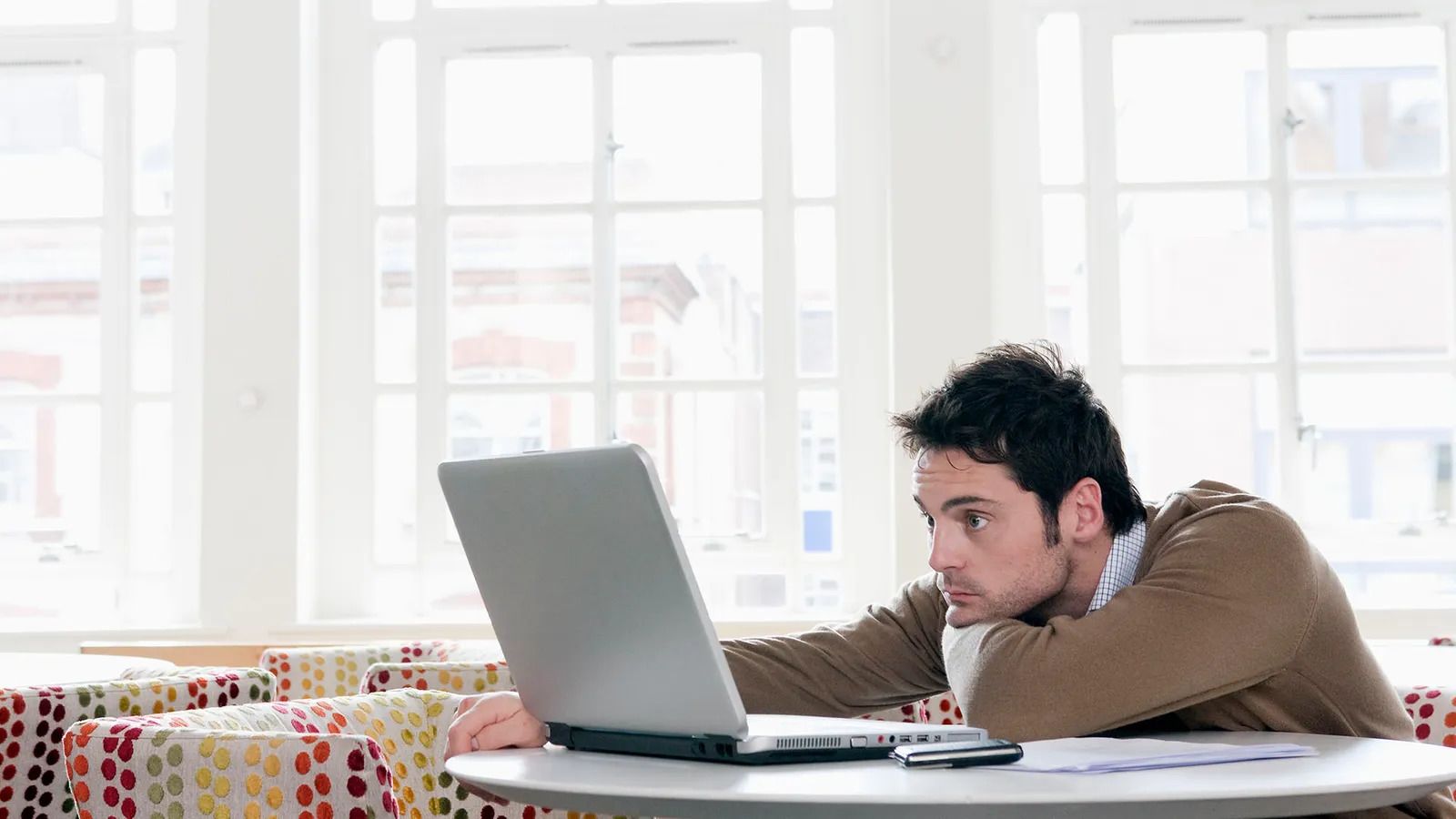 Since remote workers are siloed at home, more goes unseen and unheard throughout the workday, which increases uncertainty and, potentially, anxiety

An example of overthinking in the workplace could be sitting across from a colleague, noticing their sour expression and worrying that it relates to them, or worrying that they're working harder than they are. That may not be the case at all, though – "maybe they're on their computer playing Solitaire", says Melanie Brucks, assistant professor of business marketing at Columbia Business School, New York, US.

When overthinkers obsess over these thoughts, they're "not doing this to feel good – they're doing this to feel less bad," says Sawchuk. And even if workers get the temporary reassurance they need – like reaching out to that sour-faced boss to check their temperature – “then the doubt comes back in: 'were they just being nice to me'? Or 'now they probably think I'm weird because I reached out and was trying to get clarification'".

When the workforce moved from in-office to remote during the pandemic, overthinkers lost many of the little things that could quell their worries. In a physical workplace, overthinkers can more easily observe body language cues, or lean over a desk to ask a colleague a question when they feel unsure about a situation. But remote work away these outlets.

Sanchez-Burks says that overthinkers "might be struggling the most" in the remote-work era, since they "rely a lot on that context". Working remotely increases ambiguity; so much goes unseen and unheard during a typical remote workday, like who’s meeting whom, the projects others are working on, what colleagues are talking to the boss about. For an overthinking worker feeling worried, this can lead to a "rumination loop" where they might be "re-reading email exchanges over and over and over again" to decode the subtext, explains Sawchuk. Or if a manager perhaps innocently forgets to add them to a Zoom invite, they start thinking the worst.

Relying on email and chats can make the problem worse. “Text is a really impoverished form of communication,” says Sanchez-Burks. He says that when it comes to digital communications, the gap between what people mean and how others interpret the message can be substantial. So, when an email might feel a touch terse, this can trigger rumination.

In the office, that overthinking cycle might be curtailed by a quick chat. "Maybe we're feeling a little bit anxious, but then we run into [that person] at the water cooler, or on the way to the bathroom. And we have that moment, or that smile, or 'how are you doing?', and you can sense the warmth," says Brucks. In the work-from-home world, that isn’t easy.

No matter whether it happens remotely or in person, overthinking can take a toll on worker wellbeing. Cycles of negative thinking and worrying about potentially bad outcomes can be a gateway to maladaptive coping mechanisms including substance abuse; plus, one study of more than 32,000 participants in 172 countries showed that brooding too much on negative events is the biggest predictor of depression and stress.

But there are things overthinkers can do to break free of the obsessive thoughts.

When someone is stuck in an overthinking loop, taking a step back and looking at the situation objectively to "short circuit" the intrusive thought patterns can help, says Sawchuk. He suggests people write down their doubts and fears about the situation, and asking, "What's a different way of looking at this? What's a less bad way this could go? Do I feel this to be true, or do I know this to be true? Do I have any objective evidence to support this?" The goal here, he says, is "challenging those thoughts" that trigger overthinking.

With remote work, workers can schedule more informal check-ins with bosses and colleagues; creating windows to facilitate more contextualised communications (like a phone or video call), to help get a better read of the other person's mood and reduce anxiety-producing ambiguity.

But experts also say it's up to remote managers to communicate more effectively to eliminate any anxiety that can negatively affect staff. "Even before the pandemic, managers overestimated how clear they are and overestimated how much they communicate," says Sanchez-Burks. He says if managers aren't checking in more with workers – especially while remote – it can lead to workers having those gnawing feelings of being out of the loop. Managers need to actually "over-communicate in order to communicate just sufficiently enough", says Sanchez-Burks.

There is also room for improvement in terms of how people communicate in text, says Brucks; now is time to change our norms and “infuse [text-based communication] with more information and reduce the ambiguity". Not only should remote teams communicate more frequently, but in a way that's more informative than brusque one-line emails. (Studies show that even emoji can help with this.)

Ultimately, though, while communication can always be improved, overthinkers need to come to a place where they can make peace with ambiguity – especially lately. "One of the consequences" or remote work, says Sawchuk, "is that we also introduced more uncertainty into the mix."