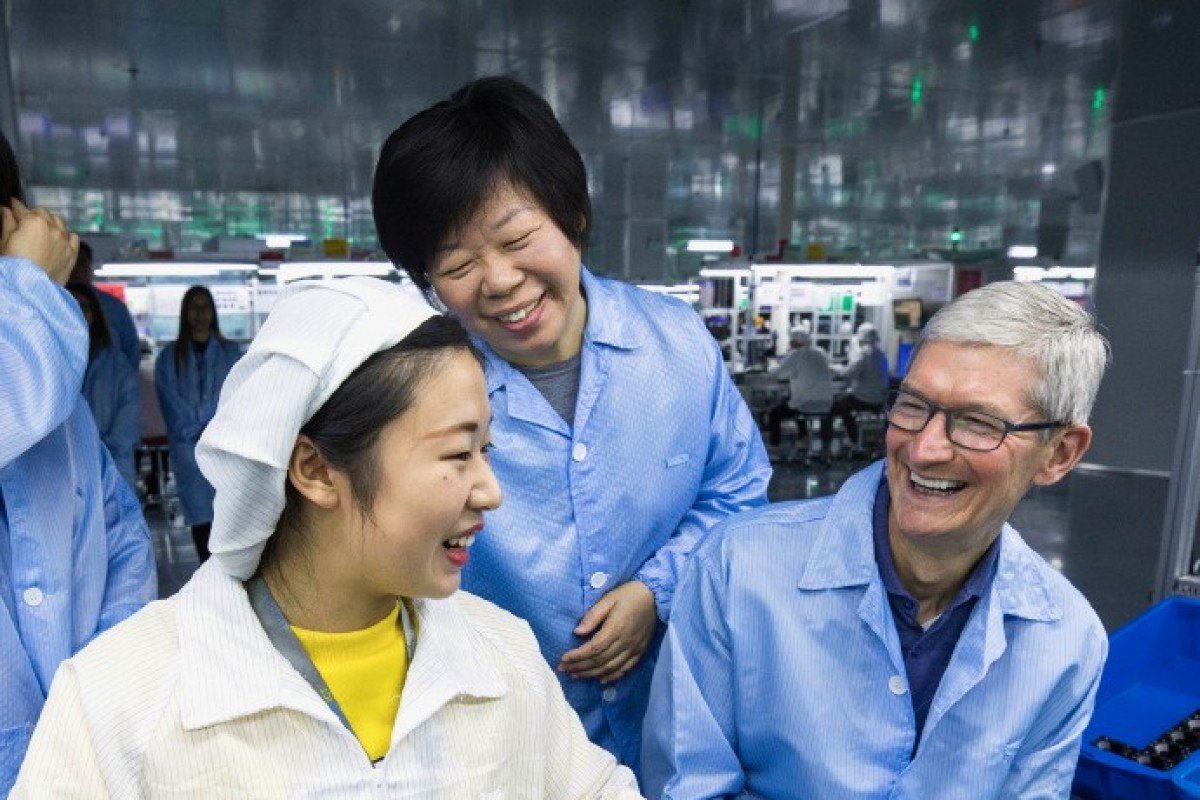 Will the coronavirus take a bite out of Apple’s suppliers in China? Traders remain upbeat

Investors should focus on the structural opportunity in Apple’s rising sales in China and around the world, they say. Look past any short-term shocks triggered by the public health crisis that extended factories’ Lunar New Year shutdown and prompted Apple to close all of its mainland stores temporarily, they add.

“The virus situation is very likely to be a temporary disruption to production instead of a change in the structural trend,” said Edison Lee, head of telecom research at Jefferies. “If you are willing to take a longer term view on the stocks and the industry … I don't think the market will really derate the stocks as a result.”

All four of those are heavily rated as “buys” by analysts tracked by Bloomberg. While the ratings tend to have been set before the virus broke into the news, interviews with analysts confirmed bullish sentiment for stocks of suppliers with a large portion of their revenue tied to Apple.

Meanwhile, Hong Kong-listed BYD Electronic International has a big fan base, with 12 analysts rating it a “buy,” six a “hold” and three a “sell.” Miniaturised components maker AAC Technologies Holdings, another Hong Kong-listed stock with nearly half of its revenue tied to Apple, is also well liked.

So far, though, Chinese factories have been slow to return to normal production levels. The deadly virus has killed more than 1,700 people, nearly all of them in China, according to official figures.

While companies in most of China were officially allowed to resume work on February 10, many struggled to get their production lines running. Protective gear, such as surgical masks, sold out amid a nationwide shortage, while workers returning from the most affected regions have faced travel restrictions and are being placed under home quarantine for 14 days after entering their work city.

Manufacturers in Apple’s supply chain so far have been able to resume only 20 per cent to 30 per cent of their production capacity, according to estimates by Charles Shum, a Bloomberg Intelligence analyst who covers Asia-Pacific technology. “If lucky, they may be able get to 50 per cent by the end of this month,” he said.

But the disruption came at a fortunate time in the production cycle.

The first quarter is when production tends to be slow because Christmas shopping is over. That means Apple’s suppliers now have plenty of time to catch up.

Smartphone brands usually bulk up their inventories in the third and fourth quarters, ahead of new product launches as well as the Christmas holiday season.

“Even if they get a 50 per cent capacity [reduction], the impact is not … as bad as people worry. Because they do tend to catch up over time, with working hours,” Shum said. “”If I am Apple, I am not going to lose my sleep just yet.”

Investors piled into Apple supplier stocks over the past year amid expectations of an acceleration in the upgrade cycle of iPhone users and the hugely popular wireless AirPods. Sales of iPhones in China also had rebounded after rounds of discounts and financing incentives by Apple kicked in.

A December survey of 6,000 Chinese consumers, conducted by Jefferies, showed a big appetite to buy iPhones by Apple loyalists and wannabe converts from Android-based smartphones, which can be buggy in China.

To be sure, it’s still too early to know when the coronavirus outbreak will die out and whether consumers’ buying appetite will bounce back quickly.

CEO Daniel Zhang of Alibaba, considered a macro bellwether for China’s economy, warned last week that the coronavirus is a “black swan event” that is “having a significant impact on China’s economy” and discouraging consumers from buying non-essentials, such as clothing and electronics. Alibaba, the owner of the South China Morning Post, expressed optimism that the Chinese economy and consumption will rebound before long.

GoerTek, the Shandong-based maker of earphone components and Apple’s largest China-listed supplier by cost composition, has rallied by 17 per cent so far this year after soaring 193 per cent in 2019. The Shenzhen-traded company derives 34 per cent of its revenue from Apple and makes up 1.2 per cent of Apple’s costs, according to Bloomberg data.

Those jaw-dropping returns have made it a favourite among foreign investors. Traders going through the Stock Connect are now GoerTek’s third-largest shareholder group after the firm itself and its founder. (US-listed Apple has been on fire for the past year, with its stock price shooting up 93 per cent.) Electronic manufacturers like GoerTek are likely to continue to enjoy upwards momentum once the epidemic is contained and peters out, analysts say. A mix of factors including China’s development of the fifth-generation (5G) mobile networks is likely to help soften the outbreak’s blow.

“The overall picture here is that China wants to upgrade to 5G [networks], and 5G is a priority for the country. And the consumers in China are also in a consumption upgrade,” said Jefferies’ Lee.

A wave of new 5G phone launches later this year – including a widely rumoured 5G iPhone model – is likely to boost sales in China and beyond.

Jefferies’ survey indicates iPhone could boost its market share in the country to 21 per cent this year from the current 17 per cent, as Apple users appear to be most loyal and likely to buy a new iPhone. Meanwhile, some 70 per cent of the people who are not yet using 5G phones are interested in switching to 5G in the next three to six months, the survey found.

“Twenty-two per cent of current Huawei users want to switch to an iPhone,” Jefferies said. “We also found that as income level rises, a progressively higher proportion of respondents would like an iPhone for their next phone, while the trend for Huawei is much less obvious.”

The first quarter of a year, especially around the Lunar New Year, “would be the best time” for a negative catalyst to occur, because the economic impact would be the least, said David Chao, global market strategist for Asia-Pacific at asset management firm Invesco.

“This is important to watch for, but I don’t see yet any key component at risk from the coronavirus that is going to create a significant bottleneck that really disrupts electronics supply chains in Asia,” he said.

Apple’s product releases next fall are also unlikely to be affected, and lower sales due to the outbreak will be recaptured over time, analysts at S&P Global wrote in a report published last week.

The recent share price correction in Hong Kong-listed names has “reflected the market expectation that shipment in the first quarter will decline by 30 per cent year on year,” analysts at Hong Kong-based brokerage CMB International wrote Thursday.

Going forward, investors need to watch for changes in inventory levels and the recovery in demand, as well as companies’ earnings guidance in the March reporting season, CMB International analysts say.

“Recent news of factories’ operation resumption should help ease some of the market’s worries.”
#Alibaba  #Coronavirus