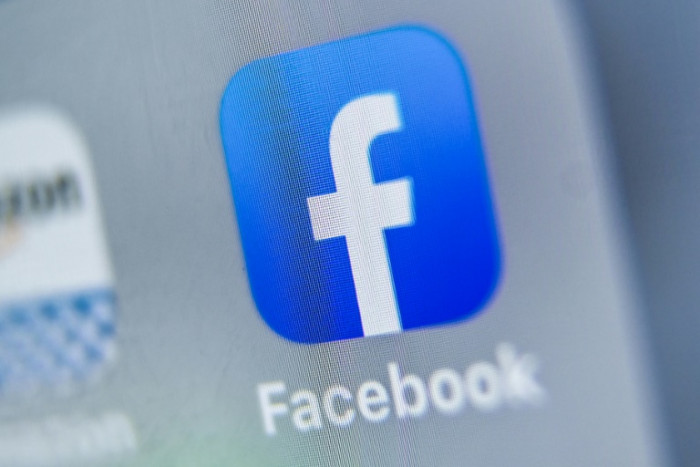 Will Facebook Dating swipe online lovebirds out of digital nest?

All's fair in electronic love and dating - or is it? The battle for hearts and minds of couples seeking their perfect match online has taken a new turn.
If you're a flirty mobile warrior Tindering on the brink or Bumbling from one swipe to the next be aware there's another game in town as Facebook muscles in to place its own tanks on the lawn.

As online dating becomes the virtual norm -- some experts suggest half of British couples will meet that way come the end of the decade -- Facebook's gradual arrival on the dating scene -- launched progressively in the Americas and Southeast Asia -- looks set to shake up the market.

Facebook founder Mark Zuckerberg said last month he saw the company as moving towards the forefront of online dating having promised at the outset a service "for building real long-term relationships -- not just hook-ups."

But rivals are not quaking in their boots just yet, despite the size of the social media giant's global footprint with more than two billion monthly active users some of whose data it now could leverage for romantic purposes.

"Facebook (Dating) has been going in certain countries for more than a year now and, for the moment, we've seen nothing change in terms of market share," said Didier Rappaport, founder and managing director of popular French dating app Happn -- motto, 'crushes don't fall from the sky'.

Contacted by AFP, Facebook was not able to say exactly when it would launch its dating variant in Europe. Early 2020 had been the mooted target but on the eve of Valentine's Day, this Friday, its rivals were still waiting with bated breath to see what effect such a storied -- and free -- competitor may have.

"From social networks to dating sites is just a step which does not require enormous technological investment," observed Julien Pillot, a researcher and lecturer at leading French business school Inseec.

Pillot said Facebook has "copied everything which worked well on other applications and added two or three functionalities. What interests them is getting users to link in the sharing of private content."

Rappaport said a fundamental issue is whether social networks are a good fit for dating.

"Are social networks and meeting up a match? In my view, no, as what marks out a social network is the sharing of information -- whereas dating moves into the intimate sphere," he said.

A December opinion poll of 21,000 Americans by Piplsay showed only 23 percent of responders would happily let Facebook securely store their personal data on its dating platform.

Clementine Lalande, co-founder of French dating app Once, which only allows a user to select one profile a day, notes that "the big problem with generalist applications is you end up with a mass of users who don't share the same interest communities."

- Tinder sure of its charms -

If Facebook's challengers are not yet professing too much concern at the Californian colossus's arrival that is because they are too busy being wary of Match Group, the US internet firm which has split off from parent and controlling shareholder IAC and which owns dating brands such as Hinge, OKCupid, Match.com, Meetic and, not least, Tinder.

Tinder ranked top for user monetisation in a study across a range of non-game apps last year by specialist data provider AppAnnie, raking in $1.2 billion across the year in a global marked valued at some $2.2 billion.

In its basic form, "it is a fairly cunning mechanism which after several swipes limits the user, frustrates him and generates fear of missing a rare pearl" who might be out there.

A way of capturing that pearl or at least reduce one's chances of missing out is to take out a subscription offering wider functionality.

The model has found favour with most rivals as they seek to portray themselves as being above the superficiality of simply chasing an image.

Match Group head Amanda W. Ginsberg says her firm "will not underestimate" Facebook's potential to corner the market, not least given the numbers already on its platform and ease of access.

"But for now we don't see any consequence for any of our brands."

A Tinder spokesman told AFP meanwhile it sees its rivals as general apps popular with young web surfers such as Tik Tok, Snapchat, Netflix and YouTube rather than dedicated dating apps.