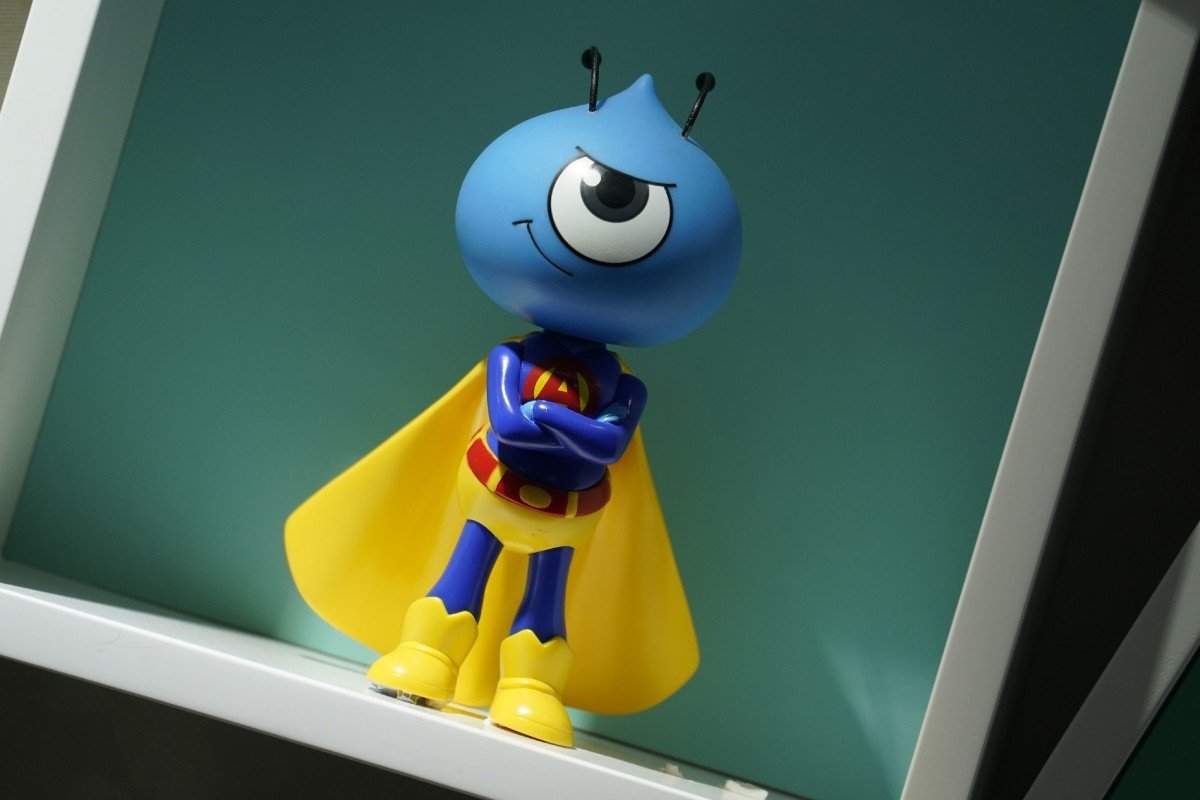 Four Chinese regulatory bodies, led by the People’s Bank of China, held a meeting yesterday with the top executives of Ant Group, before its shares were due to debut in Shanghai and Hong Kong in the world’s biggest initial public offering.

China’s regulators have foiled the largest stock sale in global finance as they called a halt on the November 5 debut of Ant Group’s shares on the Shanghai and Hong Kong exchanges, less than 48 hours before the highly anticipated start of trading.

A meeting earlier this week between Ant Group’s senior executives and China’s top financial regulators led to “significant change” to Ant’s business environment, which may result in the fintech company not fulfilling the listing requirements or disclosure rules, according to Ant Group’s statement to the two bourses.

As a result, the trading debut of the company would be postponed, Ant Group said in its statement to the Hong Kong exchange, adding that it would announce further details “relating to the suspension … and the refund of the application monies” as soon as possible. The Hangzhou-based company, an affiliate of this newspaper’s owner Alibaba Group Holding, is raising up to US$39.67 billion in the world’s largest initial public offering in Shanghai and Hong Kong.

“China risk just shot through the roof,” said the chief investment officer of a North American pension fund, who declined to be named.

Alibaba, which owns one-third of Ant’s shares, plunged by as much as 9.7 per cent in New York to US$280.78, the biggest intraday drop since March 16. 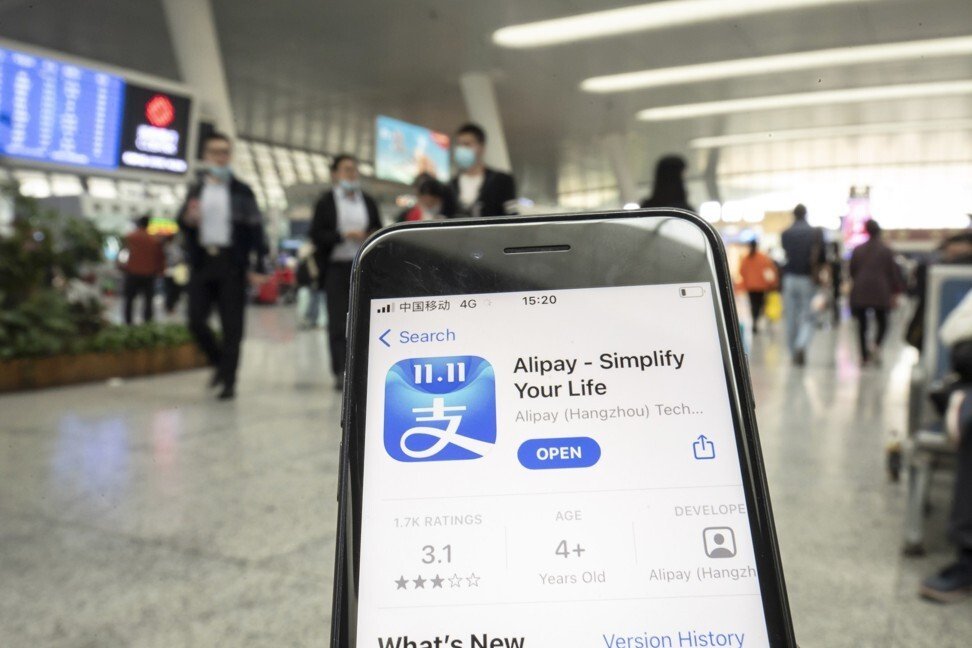 The app download page for Ant Group's Alipay digital payment service arranged on a smartphone in Hangzhou, on Monday, Nov. 2, 2020.

“If the Shanghai Stock Exchange has problems with Ant Group‘s valuation and operation model, this will also negatively affect other US-listed companies that plan to list in the A-share or Hong Kong market,” said Alan Li, portfolio manager at Atta Capital. The delay will have a “direct impact on Alibaba and Tencent,” he said.

Four Chinese regulatory bodies, led by the People’s Bank of China, held a meeting on Monday with the top executives of Ant Group, comprising co-founder Jack Ma, executive chairman Eric Jing and chief executive Simon Hu, according to the securities regulators. The meeting also included representatives from the China Banking and Insurance Regulatory Commission, the China Securities Regulatory Commission and the State Administration of Foreign Exchange, the currency regulator.

The unscheduled and unusual meeting came after regulators drafted a new set of rules on China’s booming microlending market
in the world’s second-largest economy, a move that could curb the profits of the country’s fintech giants and stem the flow of funds to small businesses. The draft rules are awaiting public feedback before being considered for enactment.

“We have to figure out the convenience for our consumers as well as the risk, and how to make the financial service more safe,” the People’s Bank of China’s governor Yi Gang said on Monday at a Hong Kong financial technology summit.

The draft rules could dam liquidity flowing to parts of the economy that need it the most. China is recovering from the economic pain inflicted by coronavirus-related lockdowns this year, but small business owners and individuals are still struggling to obtain loans from traditional banks.

“The fine line that the government has to walk when regulating the digital microlending industry is that many small businesses and individuals who are getting loans online would not be able to get loans through the traditional lending system,” said Zennon Kapron, a director at Kapronasia, an independent consultancy which focuses on financial services. “They would have to go to loan sharks, which would charge 20 to 30 per cent interest.”

Ant Group has not found anything in its business model or corporate environment that is in breach of new regulations, and the Hangzhou-based company is actively working to supply the regulators with necessary documentation and material to fulfil its listing requirements, according to sources familiar with the matter.

The Monday meeting was an exchange of “views regarding the health and stability of the financial sector,” Ant Group said in a statement.

“Ant Group is committed to implementing the meeting opinions in depth and continuing our course based on the principles of: stable innovation; embrace of regulation; service to the real economy; and win-win cooperation,” it added. “We will continue to improve our capabilities to provide inclusive services and promote economic development to improve the lives of ordinary citizens.”

People’s Daily, the mouthpiece newspaper of the Communist Party and an outlet for propagating the viewpoints of government leaders, has weighed in on the delay of Ant Group’s IPO.

“The most urgent matter for Ant Group is to restructure according to the demands of the regulatory authorities,” the paper said. “The postponement of the IPO is for the benefit of investors and the long-term health of the capital market.”

Retail investors have poured a combined US$3 trillion of funds into Ant Group’s A-shares in Shanghai and H-shares in Hong Kong. A record 19.05 trillion yuan (US$2.85 trillion) of bids were received on Shanghai’s Star Market, exceeding the supply of shares by 870 times. In Hong Kong, 1.55 million retail investors, or about one-fifth of the city’s population, poured in HK$1.3 trillion (US$167.7 billion) for the shares when the book closed at noon last week, overbidding by 389 times, according to people familiar with the matter.

Ant said it would stay in close communication with the Shanghai Stock Exchange and the relevant regulators, and wait for updates from them about its listing process. The retail portion of Ant Group’s IPO in Hong Kong makes up about 10 per cent of the money raised with all investors in Hong Kong. Any refund of money to retail investors should be conducted in an “orderly manner,” the Hong Kong government said in a statement reported on the city’s largest broadcaster TVB.

Ant Group said it had completed the subscription process for retail investors of its yuan denominated A-shares in Shanghai. Retail investors in Hong Kong are due to be notified of the results of their bids for the company’s H-shares on November 4

The locked-up sum is equivalent to more than half of the HK$2.46 trillion of money in circulation every day in the local financial system, based on end-August M1 data published by the Hong Kong Monetary Authority (HKMA). The cash will remain frozen through November 5 under the original plan.

Alibaba has pledged to be “proactive” in supporting Ant Group in adapting to and embracing the evolving regulatory framework, a spokesperson said late Tuesday.

“We have full confidence in Ant Group colleagues’ ability to do a good job. Society has high expectations for Alibaba. We will continue to work hard to not only meet but exceed expectations and fulfil our responsibility to society.”

The IPO has already mopped up more money than the stock sale by Chinese bottled water producer Nongfu Spring’s HK$677.7 billion. The number of individual investors in Ant Group will also exceed the record when 970,000 people submitted bids for the shares of the Industrial and Commercial Bank of China in 2006, according to stock exchange data.

“This would be the largest IPO in the world, and it is so important for Chinese technology companies and China, in general, that they want the listing to go off without a hitch,” Kapron said. “But if you look at everything that has happened in the past week, there is too much uncertainty that the regulators are not comfortable enough to go ahead.”