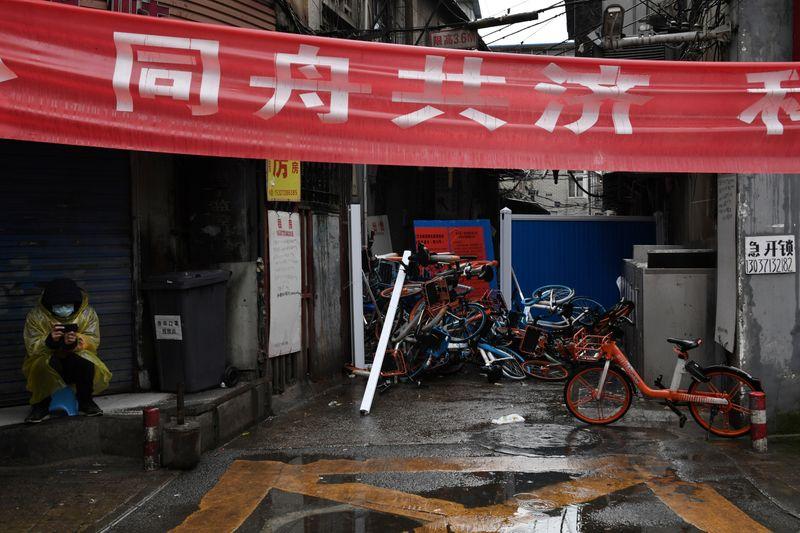 The coronavirus spread further on Friday, with cases reported for the first time in at least six countries across four continents, battering markets and leading the World Health Organization (WHO) to raise its impact risk alert to “very high.”

Hopes that the epidemic that started in China late last year would be over in months, and that economic activity would quickly return to normal, have been shattered.

World shares were on course for their largest weekly fall since the 2008 financial crisis, bringing the global wipeout to $5 trillion as supply chains were disrupted, travel plans postponed and major events cancelled.

The WHO said it was raising its assessment of the global risk to ‘very high’ from ‘high’, which its head of emergencies Dr Mike Ryan said was intended to put national authorities on full alert.

“I think this is a reality check for every government on the planet - wake up, get ready, this virus may be on its way and you need to be ready,” Ryan said.

The latest WHO figures indicate over 82,000 people have been infected, with over 2,700 deaths in China and 57 deaths in 46 other countries.

Mexico, Nigeria, New Zealand, Lithuania, Belarus and Azerbaijan reported their first cases, all with travel history connected to epicentres in Italy and Iran. Mexico is the second Latin American country to register the virus, after Brazil.

The Nigerian case, an Italian man, is the first in sub-Saharan Africa. The man travelled through the capital and other parts of Nigeria for almost two days before he was isolated and quarantined, authorities said, underlining the difficulties already overstretched health services will have in containing the disease.

Potentially making it even harder to eradicate, a growing number of discharged coronavirus patients in China and elsewhere are testing positive again, sometimes weeks after being allowed to leave the hospital.

In addition to stockpiling medical supplies, some governments ordered schools shut and cancelled big gatherings to try to halt the flu-like disease. Switzerland cancelled next week’s Geneva international car show, one of the industry’s most important gatherings.

The New York Stock Exchange said it had “robust contingency plans” to allow it to continue operating if its floor had to close.


The outbreak appears to be easing in China, where it first emerged late last year in an market illegally trading wildlife.

Mainland China reported 327 new cases in the last 24 hours, the lowest in the country in more than a month, and China’s three biggest airlines restored some flights.

But the virus is surging elsewhere. Countries other than China now account for about three-quarters of new infections.

South Korea, with the most cases outside China, reported 571 new infections on Friday, bringing the total to 2,337, with 13 people dead.

The death toll in Italy rose to 21, with nearly 900 testing positive. Cafes and schools have been closed as daily life has ground to a halt.

The WHO’s Ryan said Iran’s outbreak may be worse than realized. Its toll of 34 dead is the highest outside China, although there are reports of much higher numbers. A WHO team is expected to be in Iran by Sunday or Monday.

In the United States, the outbreak of the new coronavirus and efforts to prepare for its possible spread have become political in a presidential election year.

The Trump administration plans to use defence legislation to boost production of protective gear like masks and gloves, the health secretary said.

Online retailer Amazon.com joined other companies in implementing travel restrictions for its employees.

Japan is scheduled to host the 2020 Olympics in July but Ryan said discussions were being held about whether to go ahead. Organizers will decide next week on the ceremonial torch relay, due to arrive on March 20 for a 121-day journey.

Confirmed cases in Japan have risen above 200, with four deaths, excluding more than 700 cases on a quarantined cruise liner, Diamond Princess. Six people from the ship have died, including a man who was reported on Friday as the first British person to die from the disease.