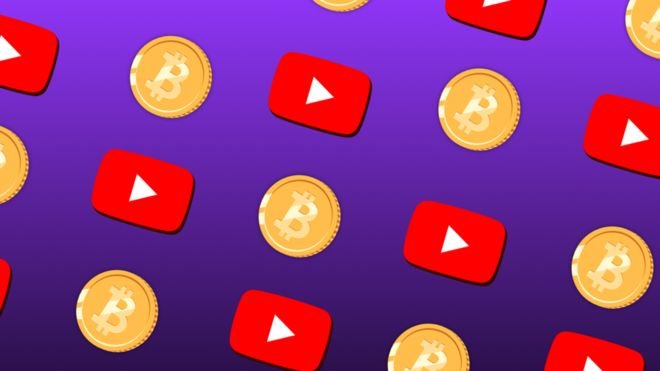 YouTube has reinstated hundreds of crypto-currency related channels after admitting it had removed them "in error".

A wave of YouTubers received notifications that their videos were in breach of the platform's terms of service earlier this week.

The move appeared to target smaller channels and publishers that focused on Bitcoin and crypto-currency content.

The Google-owned video sharing platform has since apologised for the mistake.

But some crypto-bloggers have complained that their videos have not been restored after several days.

"This is a huge wake up call, and I'm researching decentralised alternatives," said Chris Dunn, who has more than 200,000 subscribers on YouTube.

Alex Saunders, founder of Nugget's News, told his followers that the incident felt "really scary," and claimed YouTube was failing to communicate with its users.

He wrote on Twitter: "Hi @TeamYouTube, with over 100 videos removed and two strikes in 24 hours I have still not even received an email from you. This is really scary. We've hired new staff. I have a wife and baby to support. I can't fix the problem if I don't know what I've done or who to communicate with?"

Several other crypto-bloggers echoed his complaints, with some suggesting that they intended to boycott the platform completely.

YouTube said in a statement that it had "made the wrong call" and confirmed that any content mistakenly removed would be restored.

"With the massive volume of videos on our site, sometimes we make the wrong call," it said.

"When it's brought to our attention that a video has been removed mistakenly, we act quickly to reinstate it."

It said there had been no changes to its polices, and insisted there would be "no penalty" to any channels that were affected by the incident.

YouTube has also promised to give people an easier way to deal with copyright disputes stemming from their content.

Many video-makers have complained that YouTube's current systems let so-called "copyright trolls" make false claims on their videos, while its automated detection tools often fail to understand when material has been legally used.

Video-makers who receive copyright claims against footage in their videos will now be given the option to automatically "trim" the disputed segment from their clips.

"We're providing more transparency about the content of the copyright takedown than ever before, now surfacing the specific description of the copyrighted work provided by the claimant in the takedown notice," the company said on its official blog.