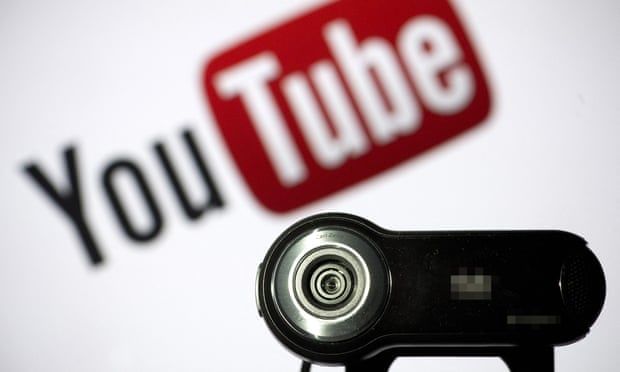 Sam Walker, currently serving at Forest Bank prison in Salford, has been making videos of himself inside various forms of custody since 2018
YouTube is refusing to delete the account of a serial offender who regularly posts videos from his prison cell and uses his channel to abuse judges, complain about his sentence and give details of drug-taking inside the UK jails.

Sam Walker, who is serving a sentence for possession of 3kg of cannabis and driving while disqualified, has been filming videos of himself inside various forms of custody since 2018.

His latest videos include a question-and-answer session this month from a Hull prison with some of the 23,700 subscribers to his YouTube channel. In it, he claims many of his fellow prisoners are “spiced up like zombies” and that security staff are “spineless”.

Another purports to be filmed by a friend as Walker is escorted by prison guard for a trial last week in Chester crown court when he was found not guilty of possessing counterfeit money.

In one video, when his guard asks him to move, Walker replies: “Hold on a sec, I’m talking”, and then goes on to accuse judges of being paedophiles who give drug dealers longer sentences than rapists.

This year the Ministry of Justice’s (MoJ) digital media investigations unit has twice urged YouTube to take down Walker’s channel but both times it refused.

A Prison Service spokesperson pointed out it was illegal to film from a prison. He said: “We will continue to press YouTube to remove this content. Anyone found in possession of a phone will face extra time behind bars.”

In a video posted in January, Walker, who is from Liverpool, claimed he had raised £1,700 in a month from his video channel, which he said he was donating to a humanitarian campaign to improve conditions in the slums of Sierra Leone.

YouTube has suggested that Walker’s prison videos remain available to view because he has not broken its rules, but it has now prevented him making any money from the account.

Asked why it had refused the MoJ’s request to take down the video, YouTube did not directly answer. It said: “YouTube creators have a responsibility both on and off the platform. If we see that a creator’s on- and/or off-platform behaviour harms our community, we may take action such as suspending the channel from the YouTube partner programme, which would disable their ability to earn money.”

It refused to elaborate but confirmed Walker’s account had been “demonetised”.

Walker, who is thought to be 38, boasts that he first went to prison aged 14. His criminal record includes firearms offences, assault, and possession of drugs with intent to supply. He has recorded videos from numerous prison and police cells including Woodhill high-security prison, as he urged a fellow prisoner to guard the door to “make sure no screws come”.

Walker has used his channel to discuss the tedium of prison life; the quality of prison food; his routine of working out and writing; and the effect on his mental health of being moved from various jails. After being transferred from Hull prison, he is currently in Forest Bank prison in Salford.

In private, the Prison Service conceded that Walker’s videos highlighedt a continuing problem of the widespread availability of contraband mobile phones in prisons. “We know Walker doesn’t have a phone at the moment but we don’t know he hasn’t recorded more videos,” an MoJ source said.

They added: “We’ve put in two requests to YouTube to remove the videos on the grounds that from our perspective this is illegal content that has been recorded inside prison. But if you can’t demonstrate beyond doubt that it’s been uploaded from within the prison, then YouTube says they will not automatically remove the content.”

The source who has discussed the issue with YouTube said: “They said uploading the videos to YouTube isn’t a criminal offence. It would make our lives a lot easier if it was illegal for that footage to be broadcast from anywhere.”

The source added: “YouTube are a free speech international platform which is not governed by any jurisdiction.”