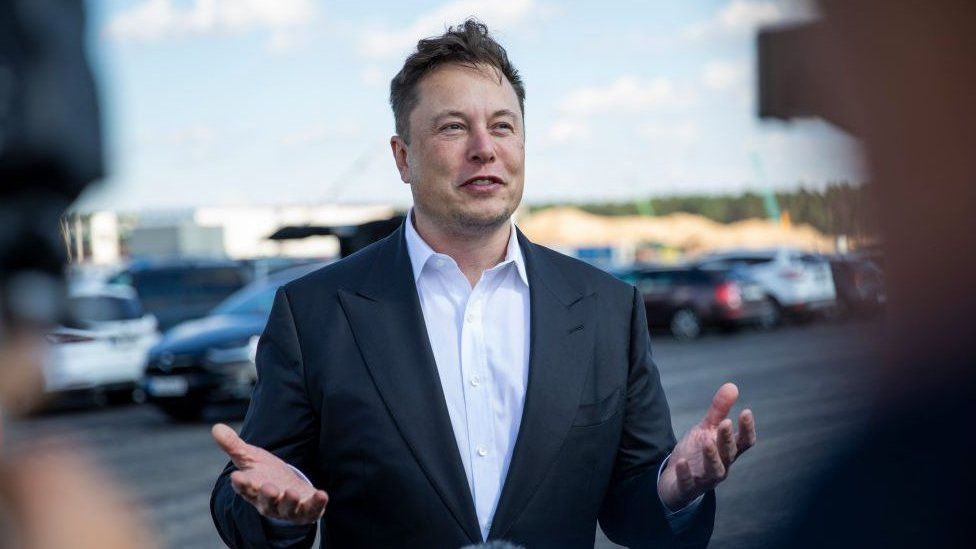 Elon Musk: 'I don't want to be CEO of anything'

Elon Musk reiterated on Friday that he doesn't want to be Space X or Tesla boss. What's going on?

Tesla doesn't have a press office.

Its CEO, Elon Musk, says the company doesn't need one.

Instead, in a similar way to Donald Trump, he uses Twitter rather than press releases to communicate.

And on Friday, he was in full Elon Musk tweet mode.

A new book is coming out about the Tesla CEO. One story is that in 2016 - when Tesla was in trouble - Musk reached out to Apple's Tim Cook, who he thought might want to buy the company.

The story goes that Elon Musk insisted that as part of the deal, he be made CEO of Apple. Tim Cook told him where to go.

Without a press office to comment on the story, I asked Musk on Twitter whether this was true. 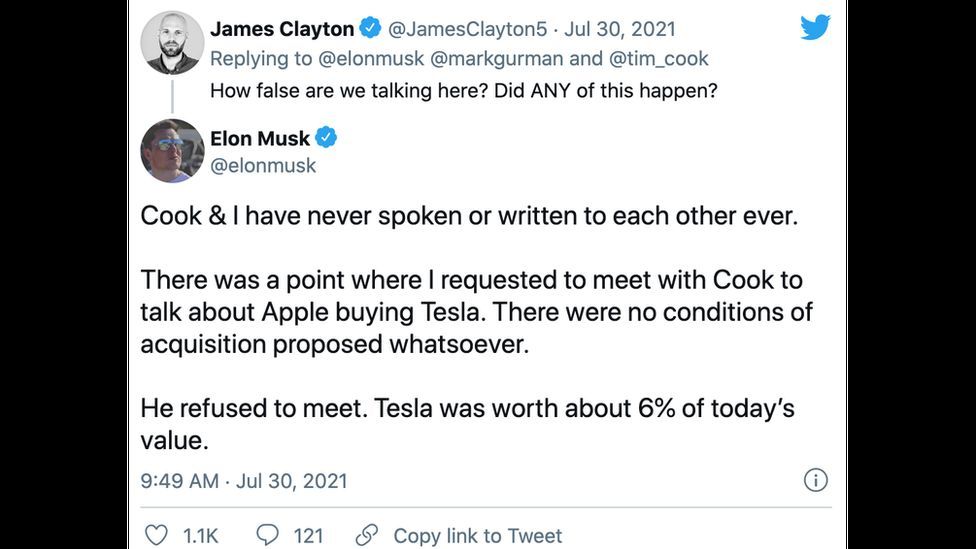 Talking about being CEO of Tesla, he said: "I rather hate it and I would much prefer to spend my time on design and engineering."

He also gave a reason for why he continues to be Tesla boss: "I have to or, frankly, Tesla is going to die."

That he is repeatedly saying he doesn't want to be CEO will worry some investors. Love him or loathe him, Musk's vision and force of personality has driven Tesla's incredible success.

Tesla is by far the most valuable car company in the world.

And yet it is striking that running that company isn't enough for Musk.

He's the boss of Space X - which was in April awarded a contract by NASA to put people onto the moon.

He also founded The Boring Company in 2016, which aims to revolutionise travel through advances in tunnelling technology. Perhaps tellingly, he is not CEO.

Musk gives the impression of a man trapped. He is clearly excited by ideas, innovation, engineering - the exciting start up part of a company.

But the transition from start up to large company turns the CEO position into a very different beast.

The current CEOs of those companies are very different people. Apple's Tim Cook, Google's Sundar Pichai and Microsoft's Satya Nadella are more than capable leaders. But few would describe them as revolutionaries.

Elon Musk on the other hand projects the image of a swashbuckling entrepreneur. You get the feeling that the often administrative process of running a company does not excite him.

Along with tremendous growth, the Tesla boss has caused all sorts of headaches for Tesla shareholders.

He is currently being sued by shareholders who claim the carmaker's money was wasted on buying SolarCity, which - they say - was running out of money.

At the time of the deal, Mr Musk owned a 22% stake in both Tesla and SolarCity.

And in 2018 he agreed to step down as Tesla Chairman after tweeting that he was considering taking Tesla off the stock market and into private ownership.

Elon Musk may be the second richest person on the planet, but, strangely, he doesn't feel he has the freedom to do what he wants.

He's living proof that you're never too wealthy to be stuck in a job you don't like.