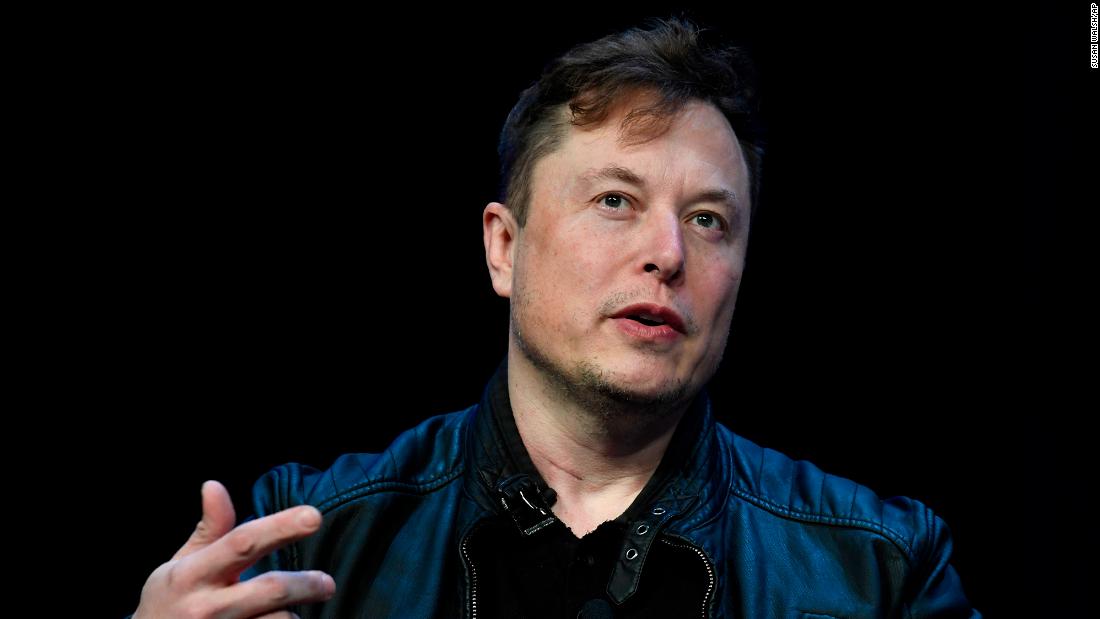 Listen to the article
0:00
0:00
Elon Musk, the world's richest man, said on Twitter Thursday that billionaires aren't the bad guys.
Musk tweeted that it is "morally wrong & dumb" to use the word billionaire as a pejorative if that person is using their wealth to create products that make "millions of people happy."

He added that if he could, he also would get rid of charitable deductions and class-action lawsuits.

Musk was replying to a tweet that said, "I feel like billionaires are most benign when trying to make money, and most nefarious when spending it trying to "do good."

Musk ran a Twitter poll, asking his 95 million followers who they trust less: politicians or billionaires. As of midday Friday, three-quarters of the 2.8 million respondents said they had less trust for politicians.

He then tagged Rep. Alexandria Ocasio-Cortez, who recently told Bloomberg she wanted to replace her Tesla with an EV made by a company that supports unionization. Musk dared the Democratic congresswoman to run the same poll with her own followers. Musk has largely opposed unionization for Tesla in the past.

"A union is just another corporation," Musk said in another Tweet Thursday, which had gained 4,000 likes by midday Friday. "Far better for companies to compete for your skills, so that you have maximum optionality."

Musk's pro-billionaire tweets arrived as the World Economic Forum in Davos comes to a close. The annual gathering of millionaires and billionaires has routinely been met with criticism about the failure of the world's wealthiest people to give significant sums to solve the world's biggest problems -- as vulnerable populations across the world are expected to face surging energy prices, extreme weather and soaring food prices this year.

Gabriela Bucher, the executive director of Oxfam International, told CNN at Davos this week that governments should tax wealth on the world's wealthiest people.

This is hardly the first time Musk has opined on how billionaires should be spending their money. On Monday, David Beasley, the head of the U.N.'s World Food Program, gave the Associated Press an update on his spat with the billionaire, which was sparked when he said in a 2021 CNN interview that billionaires must step up to combat world hunger.

Beasley suggested that $6 billion, or 2% of Musk's net worth at the time, could help solve the crisis.

"Musk put $6 billion into a foundation. But everybody thought it came to us, but we ain't gotten any of it yet. So I'm hopeful," Beasley told the Associated Press at Davos.

Musk then replied to Beasley, tweeting that he would sell Tesla stock "right now" if the food program could detail how $6 billion would solve world hunger. Beasley then replied with a 1,000 word "executive summary" that mapped out how the UN could utilize the money to feed more than 40 million people across 43 countries.

The WFP has received no funding from Musk. Although Beasley directly asked Musk for help when speaking to the Associated Press, he said he remains hopeful.

"I don't know what it's going to take," Beasley said. "We're trying every angle, you know: Elon, we need your help, brother."

Last November, Musk donated roughly $5.7 billion worth of Tesla shares to an undisclosed charity, a donation that made him the second largest US donor in 2021, behind Bill Gates and Melinda French Gates.
#Alexandria Ocasio-Cortez  #Ocasio-Cortez  #Bill Gates  #Elon Musk  #Tesla