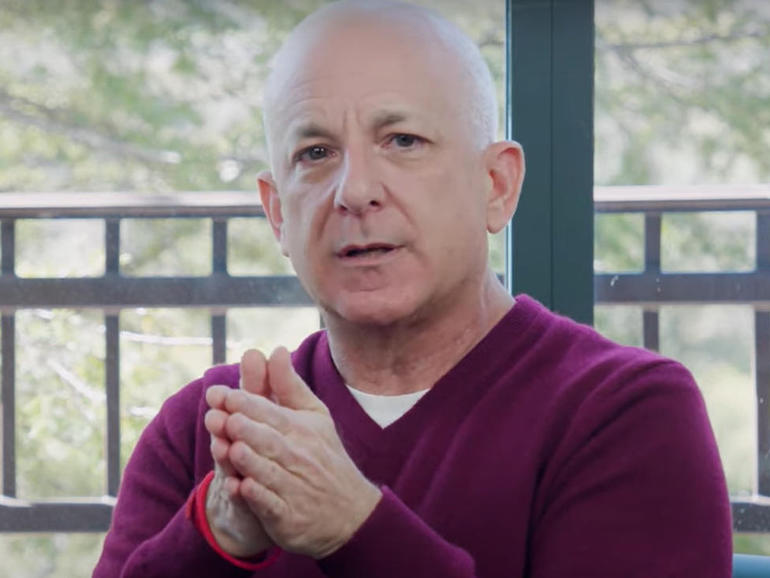 Former Windows Division chief Steven Sinofsky has offered some context and a defense for Microsoft's war on open source in the 1990s and early 2000s.

Sinofsky has fired off a series of tweets in response to news reports about Microsoft president and chief legal counsel Brad Smith's admission that his company's attack on open source had put it on the "wrong side of history".

After Microsoft ported SQL Server to Linux, Ballmer said he no longer saw Linux as a cancer, but he maintains his analogy was right for the time and that going to war with open source made Microsoft a "ton of money".

Smith, a top lawyer at Microsoft during its war on open source, admitted the company was wrong but said it had now changed, pointing to its acquisition of GitHub and the company's open-source activities on the code-sharing site.

Now Sinofsky, who has a new book detailing Microsoft's antitrust and security problems during his years overseeing Windows and Office, has attempted to put some context around Microsoft's new attitude and its old antagonism to open source.

Microsoft today has espoused open source as its focus shifts from Windows PCs to Azure and Office in the cloud. But Sinofsky outlines reasons why Microsoft's approach at the time was understandable – and how its model was upended by software-as-a-service in 1999-2000, to which Linux was better suited than Windows, and later Google's infrastructure.

Sinofsky's defense of Microsoft fleshes out Gates' explanation of GPL in 2001 that it "makes it impossible for a commercial company to use any of that work or build on any of that work".

"Microsoft was founded on the principle that software was intellectual property," Sinofsky says, making distinctions between the various approaches to software and hardware adopted by Microsoft, IBM, Google, and Apple.

He points to the BASIC programming language and the Altair BASIC interpreter, the first product from Bill Gates and fellow Microsoft co-founder Paul Allen, which they created in the 1970s for hobbyists to program on bare metal. Incidentally, Microsoft open-sourced the 1983 GW-BASIC interpreter last week as a historical software artifact.

"Times were different when Microsoft started," Sinofsky writes. "There was no network distribution. In fact it cost money (COGS) to distribute software," he said, referring to the additional cost of distributing software compared with the way Google distributes its ad-backed software in the cloud, how Apple ties its software to hardware, and how IBM coupled its software with consultancy fees.

In the very early days of Microsoft, Gates and Allen were catering to hobbyists who bought DIY hardware, much like today's developers who buy Raspberry Pi and similar single-board computers that run on free, Linux-based operating systems.

"Hobbyists loved it. They loved it so much they were willing to send tapes (paper tapes) around to each other for free. That's when the famous 'Open Letter' was written," Sinofsky wrote.

In 1976 Gates penned an angry letter to computer hobbyists, accusing them of stealing Altair BASIC and complaining that resellers of it were making money while Microsoft was not.

"Hardware must be paid for, but software is something to share. Who cares if the people who worked on it get paid?" Gates wrote.

The future billionaire philanthropist, then dreaming of Microsoft becoming profitable, complained that the time he and Allen had spent to create chip-specific iterations of BASIC amounted to $40,000 – yet the royalties Microsoft had received to date amounted to less than $2 an hour.

"What hobbyist can put three man-years into programming, finding all bugs, documenting his product and distribute it for free? The fact is, no one besides us has invested a lot of money in hobby software. We have written 6900 BASIC, and are writing 8080 APL and 6800 APL, but there is very little incentive to make this software available to hobbyists. Most directly, the thing you do is theft."

Sinofsky argues that where free and open source software (FOSS) hit Microsoft hard was Linux on the server.

"First, Linux just did a bunch of stuff on the internet than WinNT did not do (and by almost all accounts still does not). It cost less to run and scaled better," he writes

"To some degree, biz customers did not focus on costs but preferred to have backing of a company to deal with. That explains the rise of enterprise Windows servers from 2000. Essentially customers said if they were going to 'install' software on 'servers' they preferred to pay."

After that, Google came along running open-source code on its own data centers without ever redistributing FOSS.

"They simply took open source, modified it, and used it," he writes.

"That's what upended the competitive dynamic and caught Microsoft unable to respond. Microsoft's business was based on distributing software. All the open-source licenses were written to account for that. If you used the [software] and distributed then you distributed *everything*."

"Today there's a thriving model of [companies] using open source the Google way or building on a project creating a [business] maintaining the OSS relationship. But to understand a change of heart should do so in the context that created the initial view and allowed for the change."